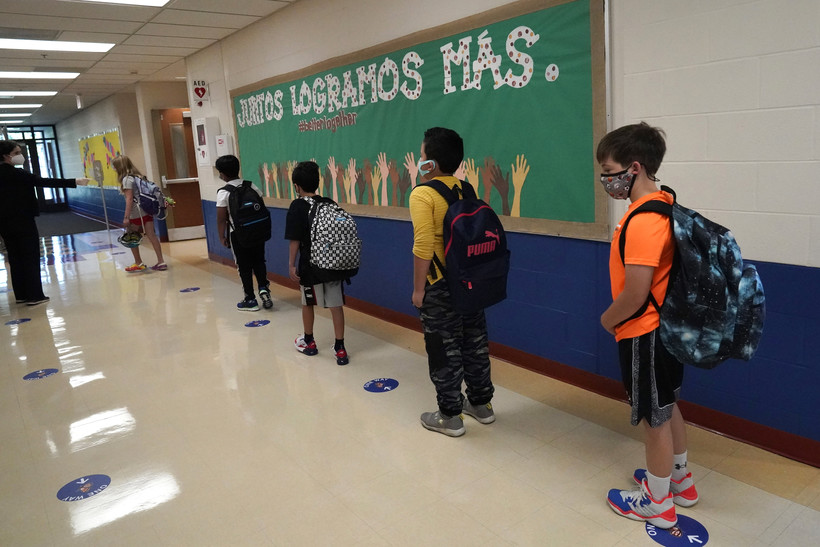 In this Sept. 3, 2020, file photo, students keep social distance as they walk to their classroom in Highwood, Ill., part of the North Shore school district. Nam Y. Huh/AP File Photo

Critical Race Theory Debate Has Nothing To Do With Education, Professor Argues

Term Has Become Weaponized As A 'Political Ploy,' A 'Weapon Of Mass Distraction'
By Elizabeth Dohms-Harter
Share:

You might be familiar with the term critical race theory.

Maybe you heard it on Fox News, which made 901 mentions of it in the month of June, according to media watchdog group Media Matters. Or perhaps you heard about eight states banning the theory and related content from being taught in K-12 classrooms.

But what exactly is it? And why do people care about where it's being taught?

Critical race theory is a verb, not a noun, said Kimberlé Crenshaw, a legal scholar who coined the term.

It is a theory or philosophy primarily applied to academics and law that proposes race is social, not biological. This social construct, the theory goes, has led to racism being an embedded and normalized part of society, leading to the creation of laws and policies that impact one race over another.

For example, critical race theory might be used to examine how racism persists in schools. It might theorize that because legal interventions such as Brown v. Board of Education didn't go far enough, Black and brown students still face racism in the form of funding inequities, discipline in schools and unfair assessments.

But politicians and others opposed to critical race theory believe it's used to pit students of different races and sexes against one another. Proponents argue the theory is a lens used to understand racism's impact on law and academia, and say it isn't even taught in K-12 classrooms.

"He's constructing a false notion and looking to utilize the law to make that become a writ large, carte blanche approach to teaching and learning in schools," said Emdin, an associate professor at Columbia University's Teachers College and author of "Ratchetdemic: Reimagining Academic Success."

Despite being more than 40 years old and primarily contained within academic and legal literature, critical race theory has become a political weapon caught in the chasm of rhetoric, dividing liberals and conservatives.

In an interview on WPR's "The Morning Show," Emdin was adamant that no teachers in K-12 classrooms in the United States are teaching their students about this aspect of legal studies but rather are concerned with the importance of providing an education that meets the needs of a diverse student population.

"No one is teaching critical race theory to babies in classrooms," he said. "I would argue that if they were, they certainly would be very advanced young people who have the intellectual capability to be able to make sense of legal scholarship, and I'd be impressed."

As one educator told Education Week, "The way we usually see any of this in a classroom is: 'Have I thought about how my Black kids feel? And made a space for them, so that they can be successful?' That is the level I think it stays at, for most teachers."

This story has been edited for brevity and clarity.

On How Critical Race Theory Is Actually Taught

Christopher Emdin: Critical race theory in education is not the fundamental underpinning of teacher preparation. It is, though, a piece of a number of theoretical frameworks that we allow teachers to explore to make sense of how to teach, or philosophies that may help their teaching.

So critical race theory serves just like sociocultural theory. It treats the teachers like intellects who have the ability to make sense of complex theoretical frameworks and utilize them to make sense of what they're doing in classrooms.

I work in teacher education. I have introduced critical race theory alongside with other theoretical frameworks because I trust the teachers to be able to make sense of the world.

On What's At The Root Of This Debate

CE: Critical race theory is being used as a catchall, like an invisible sort of blanket to wrap around issues of culture or equity or diversity. It's being used to ban or try to eliminate a number of perspectives on teaching and learning that make folks uncomfortable.

And I would argue that the reason why it's reaching the sort of feverish pitch is because it's being used as a political ploy to distract folks from doing work in classrooms that may meet the needs of populations who historically have been underserved.

It's really about attempting to create a weapon of mass distraction from approaches to teaching and learning that may meet the needs of diverse populations.

We are fighting a war against a construct that doesn't really exist.

On The Impact Of Doing Away With Critical Race Theory

It's so funny that the critics of CRT are doing exactly what they profess that CRT does, even though CRT doesn't exist. Fascinating construct.

It almost is like, I will accuse you of something, because my intent is to ensure that what I'm accusing you of continues to persist.

How can anyone who cares about the next generation say that they will ban an approach to teaching and learning or ban a perspective through a made-up outrage? I would argue it's impossible.

CE: I see no significance, no value in battling these folks who are banning CRT tooth and nail, because frankly, I've looked at some of these bills that they're proposing. It's so arbitrary, it's so broad, it really has no teeth.

Any teacher who teaches can just say, "You know, I'm not violating those things."

I think it's more symbolic than anything else. But my fear is that that ban or those proposals will cause certain teachers to be fearful of doing the good work of just teaching. And that is something that I'm concerned about.

No teacher would dare utter to a young person in K-12 education that your whiteness and your identity is inherently problematic and violent. No one does that. No one's doing that. And I think that this false notion that there is this secret sect of educators in schools who are telling white students how bad they are, it's the stuff of fiction.

What Is Critical Race Theory And Why Does It Matter? 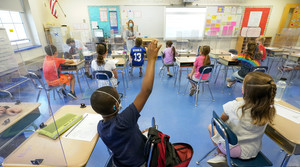 Conservatives around the country have been raising alarm about an esoteric academic pedagogy called “critical race theory.” We talk to an educational scholar about what critical race theory actually is and the best ways to teach about our country's history of racism.