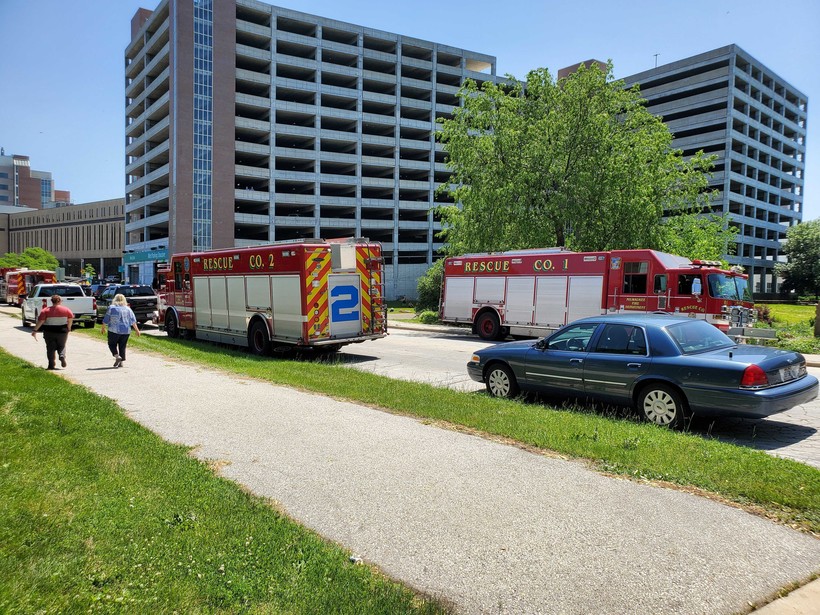 Authorities are still searching 2 men who tried to save the child
By Rob Mentzer
Updated:
Tuesday, June 14, 2022, 3:15pm
Share:

Crews recovered the body of an 10-year-old child who drowned after he was swept away in high waters following Monday's rainstorm in Milwaukee. A search for two men who went in to try to save him is ongoing.

The child slipped into rushing waters in a drainage ditch. Two Milwaukee men, ages 34 and 37, went in to try to rescue the child and were swept away themselves. Police said the victims were connected, but did not release names or the details of their relationship.

"We've been able to recover and deliver this young man back to (his) family," Lipski said. "We're not even touching that pain right now. We still haven't recovered the other two reported missing. I think that weighs heavy on everybody's mind."

Lipski said a "citizen hero" helping with the search spotted the boy's body, and noted the dedication of neighbors who helped crews search.

Crews searched for several hours Monday night, then called off the search due to dark and hazardous conditions. On Tuesday, dive teams searched the path of the drainage pipes that flow into Milwaukee's Kinnickinnic River. By then, they were considering it a recovery mission, with all three people presumed drowned.

"From what we can tell at this point, it's just an unfortunate accident," said Milwaukee Police Capt. Eric Pfeiffer. "It seems like it was a child at play, and unfortunately it went wrong."

The child fell into the ditch near 27th Street and Loomis Avenue on Milwaukee's south side, where sloping concrete walls border the ditch. The area is near the campus of Aurora St. Luke’s Medical Center, with an apartment complex blocks away from the site. 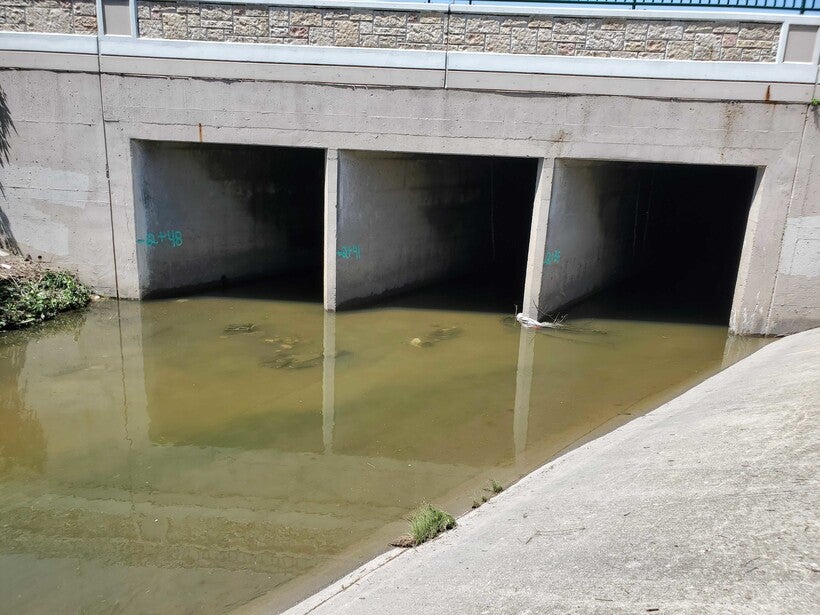 Three people were swept away in high waters in a drainage ditch that empties into Milwaukee's Kinnickinnic River. Christine Hatfield/WPR

Lipski said after crews had completed their search of the tunnels nearest to the site, they moved downstream to a set of 1,900-foot tunnels that run underneath the Kinnickinnic River Parkway, and then farther toward Lake Michigan. Searchers included dive teams, surface boats and officials and citizens searching the shores. The Fire Department was also using drones to search from above.

Parts of Milwaukee got more than an inch of rain in a concentrated severe storm Monday that swept across the state and left tens of thousands without power. In Madison, dozens were displaced when high winds tore the roof off an apartment building.

Pfeiffer said witnesses saw the three people go into the water around 6 p.m. Crews searched until dark, around 9:30 p.m., resuming first thing in the morning.

"The firefighters and the police officers made a valiant effort in trying to save the individuals," Assistant Fire Chief DeWayne Smoots said in a press briefing Monday evening. "The rains we had earlier and the water moving swiftly made it harder."

Around midday Tuesday, emergency crews had blocked off an area of the Kinnickinic Parkway between 29th and 31st streets. Lipski said he expected the search to take hours more.