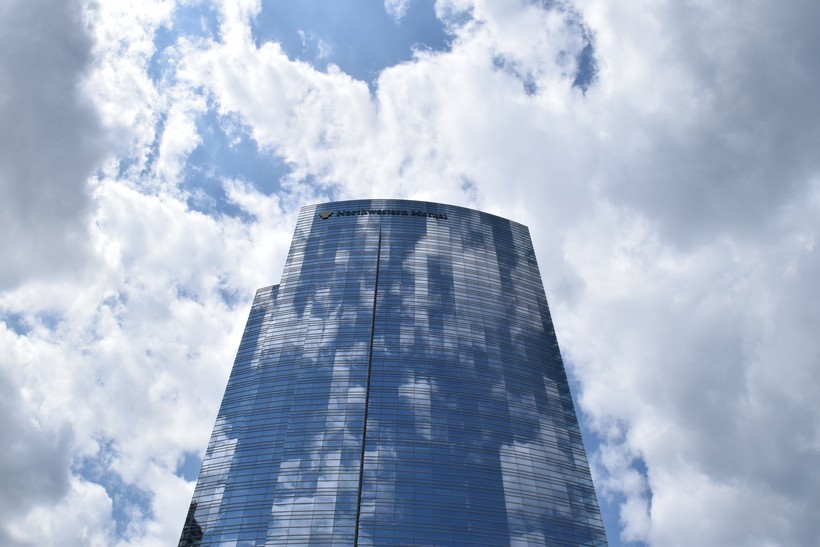 Milwaukee-based Northwestern Mutual among companies called out for mismatch between stated values and financial actions
By Leah Treidler
Share:

In the aftermath of the Jan. 6 insurrection, major businesses across the country spoke out in support of democracy, but those statements don't always reflect where they donate.

That's according to an ongoing scorecard of Fortune 100 businesses released this week by the left-leaning watchdog group Accountable.US.

"Two-thirds of Fortune 100 companies are failing to do their part to protect democracy, or unfortunately even making matters worse by supporting those determined to undermine it," said Lindsey Melki, the group's director of corporate values and democracy.

The project lays out the corporations' public stances on protecting democracy and compares those to the companies' donations.

The one Wisconsin company named in the report, Northwestern Mutual, received a failing grade. The company has spoken in support of American democracy, according to the report, but that support hasn't translated into action.

In the lead-up to the 2020 election, Northwestern Mutual published a statement saying that "while the peaceful transition of power is a cornerstone of American democracy, that doesn't necessarily mean the process is easy." Soon after Jan. 6, the corporation said it planned to review its political spending policies each year.

Despite that, the Milwaukee-based company contributed over $165,000 to members of Congress who opposed federal voting rights legislation, the report said, and donated more than $55,000 to members who voted against certifying the 2020 election.

"It seems that corporations want to have their cake and eat it, too," Melki said. "On the one hand, they want to assure their customers, they want to assure shareholders (and) employees that they value their rights and their freedom to vote. But then quietly, they're funding those trying to rip away those same rights, because they think it will help their bottom line."

But that can jeopardize their brand, Melki said. In an NBC News poll last month, 21 percent of voters ranked threats to democracy as the number one issue facing the country — more than any other issue. In a Data For Progress poll this summer, the majority of voters said they're less likely to purchase from corporations that donated to members of Congress who voted to overturn the 2020 presidential election results.

"We can let consumers and employees and the public know which companies are standing up for democracy and which are falling short, so that folks know where they should spend their time, their money and their talent," Melki said. "And also, we hope that this helps to motivate corporations to align their spending and actions with their publicly stated values."

But companies typically base their donations on their interests, not politics, said Anthony Chergosky, a political science assistant professor at the University of Wisconsin-La Crosse.

"Companies were caught in a position on and after Jan. 6 that was very, very unfamiliar to them," he said. "Businesses had not been in the mode, had not been in the habit of making statements and taking actions to support the basic stability of government in the United States."

After Jan. 6, companies were under enormous pressure from the public to take a stance, he said, and to use their power to influence politicians. The ensuing instability, Chergosky said, also threatened their economic well-being.

"Businesses are extraordinarily self-interested when they engage with the political world," Chergsky said. "And in this case, they might have viewed a decline of American democracy as a threat to their own business."

In a 2022 poll of around 400 business leaders, 83 percent said they were concerned about the health of democracy in the country, and 96 percent said a well-functioning democracy is important to maintain a strong economy.

But as the volatility immediately following Jan. 6 has subsided, Chergosky said, promoting democracy is no longer business leaders' top priority. Corporations direct their money toward getting access to public officials and swaying policy decisions, he said.

"Companies ultimately want public policy that will benefit them. And that is going to be their chief motivation in who they support, which candidates they donate to, and how they throw around their political power," he said. "So companies have kind of gone back into default mode."

Still, business leaders need to pay close attention to the shifting political landscape and potential threats to democracy unlike before, Chergosky said.

"For a long time, the business community has taken the stability of democracy for granted in the United States," he said. "And I'm not sure that they can continue to take that for granted."