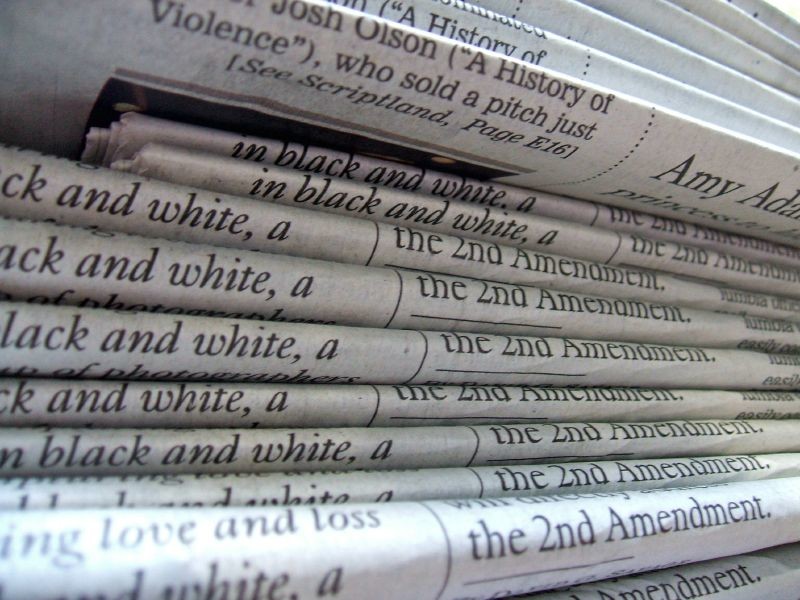 The country's largest national newspaper chain, Gannett, plans to put some employees on a week of unpaid leave each month in April, May and June, according to a company email sent out Monday and obtained by WPR.

Gannett owns the Milwaukee Journal Sentinel, the Green Bay Press-Gazette, The Sheboygan Press and the Wausau Daily Herald, among several others, according to its website.

"As you've seen the havoc wreaked on our nation's and the world's economy, so too, is the uncertainty around the coronavirus outbreak increasing financial pressure on our own company," wrote Maribel Wadsworth, Gannett’s president of news, in the email.

Both Wisconsin-based and national representatives of Gannett didn't respond to requests for comment.

Other newspapers in Wisconsin have taken similar steps. Isthmus, Madison's arts-and-culture weekly, announced it would "go dark" as the concerts and lectures it relied on got canceled. Milwaukee's Shepherd Express suspended its print edition, and Adams Publishing Group, which owns more than 20 papers in Wisconsin, announced pay cuts and reductions in hours for its employees.

The COVID-19 shutdowns have taken away cornerstones of newspapers' already-struggling revenue: business ads and events, said Mike Wagner, a journalism professor at the University of Wisconsin-Madison.

"When news organizations rely on events to advertise about and rely on events that they themselves host, and they’re in an environment where there are no more events, they lose a significant portion of their revenue model," he said.

Wagner said the situation still has time to get worse.

"It feels like March 84th, but really, we've just been at this for a couple of weeks," he said. "The real economic hits are still to come, and the fact that an organization like the Isthmus had to close down so early, suggests how fragile some news organizations see themselves financially."

Ashley McCallum, a reporter who writes about city government and health for the Janesville Gazette, said she lived paycheck to paycheck even before Adams Publishing Group cut her hours from 40 to 30 a week.

"News is not a career you go into to make a lot of money in the first place," McCallum said.

Now, she said she doesn't see how she and her co-workers can maintain the quality of their work in less time — especially as she covers a pandemic.

"I've had to work more than 40 hours the last couple weeks to make everything that I need to do get done," McCallum said. "And so, to have that cut back, I don't know how realistic it is to expect the same kind of work."

Wagner said despite all the predictions about the death of local news, the necessity of news in a community will keep some outlets alive.

"It's not as though the newspaper industry is something that we could call healthy. It’s also really tough to kill," he said.