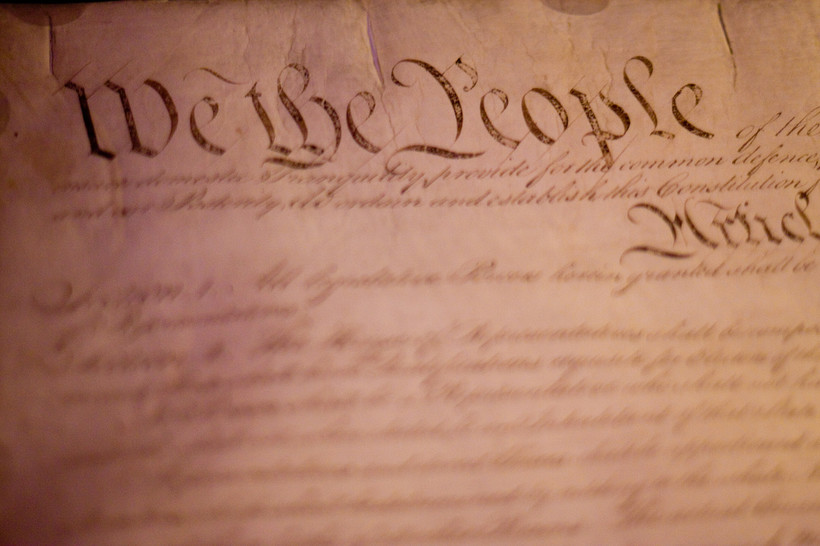 On Sept. 17, 1787 the delegates to the Continental Congress gathered in Philadelphia to sign the document creating the framework for the new American government.

It had been a grueling four months of debate, haggling, fighting and compromise.

The Constitution has endured for 230 years. But the authors of a new book aimed at young readers say it's also important to understand the flaws and unintended consequences of the framers' decisions.

"Our government has endured, but with a lot of problems," said Cynthia Levinson, the co-author of "Fault Lines in the Constitution: The Framers, Their Fights, and the Flaws That Affect Us Today.”

Her co-author, constitutional scholar Sanford Levinson, said debates about the Constitution tend to focus on individual rights, but it’s the basics that often cause the gears of government to grind to a halt.

"I have come to believe that the most important part of the Constitution has to do with the basic structures of governance," he said. "They’re rarely discussed and regarded as boring."

The Constitution provides a system of checks and balances on power — a bicameral Congress (having two branches or chambers), for example, or the presidential veto and  Congress’ power to override it. But there’s a downside too, Sanford Levinson said.

"One of the real problems of the government … is that when Congress fails to act because of problems posed by bicameralism, then presidents are tempted to push their own powers to the max, because there are pressures to make something happen," Sanford Levinson said. "People get frustrated. What I would argue is that we’ve ended up with so many checks that government becomes incapable of responding to the country’s problems."

The Constitution also gives states broad authority over how they draw congressional district lines and conduct elections. In most states, including Wisconsin, the Legislature controls redistricting, thus enabling the party in power to draw lines in their favor.

"These days, people running for Congress can pick their voters as opposed to voters picking the candidate they want," Sanford Levinson said.

The U.S. Supreme Court is set to hear oral arguments on Oct. 3 in a case challenging Wisconsin’s legislative districts as unconstitutional partisan gerrymandering. It’s a closely watched case that could have significant impact nationwide.

"It's the most important partisan gerrymandering case the court will have considered in at least a decade," Rick Hasen, an election law professor at the University of California, Irvine School of Law, told WPR reporter Shawn Johnson earlier this year. "I believe this is the last real opportunity for the Supreme Court to reign in partisan gerrymandering."

The Levinsons say there are fixes to the problem of hyper-partisan gerrymandering, including the creation of a nonpartisan citizen commissions to oversee congressional district maps. Congress could require states to create them, they said.

In the book, the authors suggest other remedies to the "fault lines" in the Constitution, ranging from enacting new laws allowing the election of more than one representative from each congressional district to killing the Senate filibuster rule (an idea that President Donald Trump supports).

There’s another way to make changes too: By holding a constitutional convention. On that issue, the Levinsons part ways.

Sanford Levinson said he likes the idea, provided it would focus on addressing the structural weaknesses of the Constitution.

"People are calmer when they’re talking about structures," he wrote, "where there aren’t obvious winners and losers — than when they are arguing about rights."

Cynthia Levinson worries that a constitutional convention would be impossible to control.

"Given how divided the country seems to be, I despair what might come out as a result," she said. "I worry about the process too. Even in 1787, the fights were quite serious."

Conservatives have long been pushing for a constitutional convention to add a balanced budget amendment, but opponents say there’s no legal way to prevent changes to other provisions such as gun rights or abortion rights in the process.

So far, Republican-controlled legislatures in 27 states have signed on to the effort. In June, the Wisconsin Assembly voted in favor of the resolution, but it has not been taken up in the state Senate.

If a convention were called, any new amendments would still require approval by 38 state legislatures or by a state ratifying convention in 38 states.