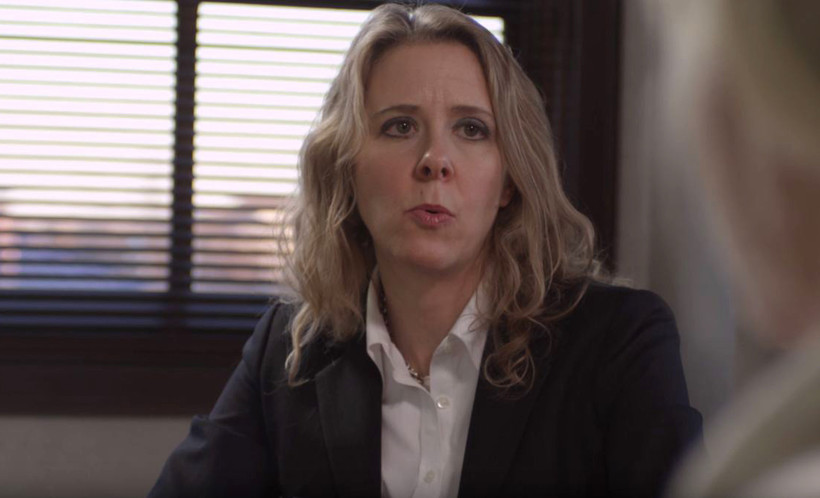 Above, a screenshot of the shared footage.

The ad produced by the Wisconsin Alliance for Reform was posted online Tuesday. It uses footage the Bradley campaign uploaded more than a week ago of the justice talking with police officers and other judges.

The identical footage suggests Bradley's campaign is coordinating with the Alliance.


Such coordination is legal following a recent state Supreme Court ruling. However, both the campaign and the Alliance deny they're working together.

Last week during a debate, Bradley said she can't control outside spending, although she's not opposed to it.

Both of the challengers in the race, appeals court Judge Joanne Kloppenburg and Milwaukee County Judge Joe Donald, have spoken out against the role of outside political groups in the race.

The Alliance for Reform has pledged to spend more than $400,000 in the Supreme Court race. On its website, the alliance calls itself a "coalition of concerned citizens and community leaders committed to creating greater economic opportunities for Wisconsin families."

The group — which does not have to reveal who it's contributors are — has also run ads and published several blog posts against former Sen. Russ Feingold in his race against incumbent Sen. Ron Johnson.

So far, no outside groups on the liberal side of the Supreme Court race have weighed in. The Greater Wisconsin Political Fund is a liberal issue ad group that spent heavily in support of Joanne Kloppenburg in her failed 2011 effort to win a seat on the high court. The group has not run any ads in this current race so far.

Editor's note: An earlier version of this story incorrectly reported the number of ads the Alliance for Reform ran against Feingold. It has been updated to include online posts as well as ads.