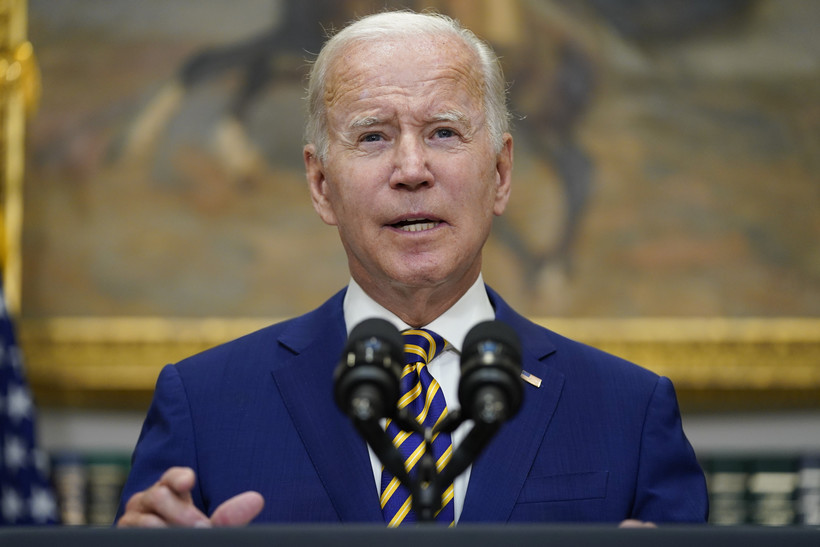 The conservative Wisconsin Institute for Law and Liberty is appealing a decision by a federal judge that tossed out its lawsuit seeking to block the Biden administration's student debt cancelation plan.

Griesbach found the taxpayers group had not established sufficient standing to establish jurisdiction in federal court.

WILL filed a notice of appeal on Friday.

Appearing on Wisconsin Public Radio's "Central Time" Friday afternoon, Rick Esenberg, founder and president of WILL, said the group is ready to appeal the case all the way to the United States Supreme Court.

"That is probably where this is going to go," Esenberg said Friday.

Federal courts have in the past found that plaintiffs must be able to demonstrate actual or threatened harm to have standing in court. In his decision, Griesbach questioned whether the plaintiffs had made a sufficient case that the program would cause them "irreparable harm."

Eric Kasper, a professor of political science at the University of Wisconsin-Eau Claire, said the Supreme Court has generally found taxpayers do not have standing to sue simply because of their status as taxpayers. Courts have been reluctant to open that avenue, fearing it would routinely mire government budget decisions in court. The one exception, Kasper said, has been in cases involving taxpayers challenging spending tax dollars on religious organizations. He said the high court has not signaled in recent decisions that it is likely to expand that exception.

Esenberg said he was not surprised by the judge's decision, but said he believes the case deserves to be heard.

"We fully admit that we are asking the law to be used in ways that it hasn't been used recently, but we think in the context of a trillion-dollar program it's very important for the people of this country to have the legality of that program assessed by the courts," he said.

Under Biden's plan, borrowers making less than $125,000 a year would be eligible to have up to $10,000 in federal student loans canceled, while those who received a federal Pell grant available to help low-income families pay for college could have up $20,000 forgiven. The U.S. Department of Education plans to open debt relief applications this month, with a deadline to apply by the end of 2023.

In the case, WILL argued taxpayers would be harmed by being forced to shoulder the costs of the U.S. Department of Education's plan to cancel some federal student loan debt.

The lawsuit also contends the plan violates the Constitution's equal protection clause because White House officials have "articulated an improper racial motive" in crafting the program. There's no racial criteria that determines who qualifies for the loans, but the lawsuit cites a White House fact sheet that states the plan will "advance racial equality" and help narrow the racial wealth gap because Black borrowers are more likely to borrow for school and to take out larger loans. Black students and other students of color are more likely than white students to qualify for income-based Pell grants.

The Biden administration used a federal law called the Higher Education Relief Opportunities for Students Act, or HEROES Act, as a legal basis for forgiving the debt. That law, first passed in the aftermath of the 9/11 terrorist attacks, gives the Secretary of Education authority to waive student financial aid rules during times of war or other national emergencies. Both the Trump and Biden administrations have previously cited it in order to pause student loan repayments and interest during the COVID-19 pandemic.

Esenberg said using that act was improper in this case, and was usurpation of the power of Congress.

"This is a very, very significant unilateral action by the president," Esenberg said. "I think it goes well beyond what the HEROES Act ever intended."

The federal government is already fielding multiple lawsuits over the student debt plan. That includes one from six Republican-controlled states — Arkansas, Iowa, Kansas, Missouri, Nebraska and South Carolina — and another from Arizona's attorney general.

Kasper said assuming that one of the cases does make it to court, "the big question here is the delegation of authority."

"That's what, assuming we get to the merits of the case, the two parties would be arguing in court — whether or not there has been a national emergency as contemplated by that HEROES Act that would allow the executive branch to exercise that power," Kasper said.