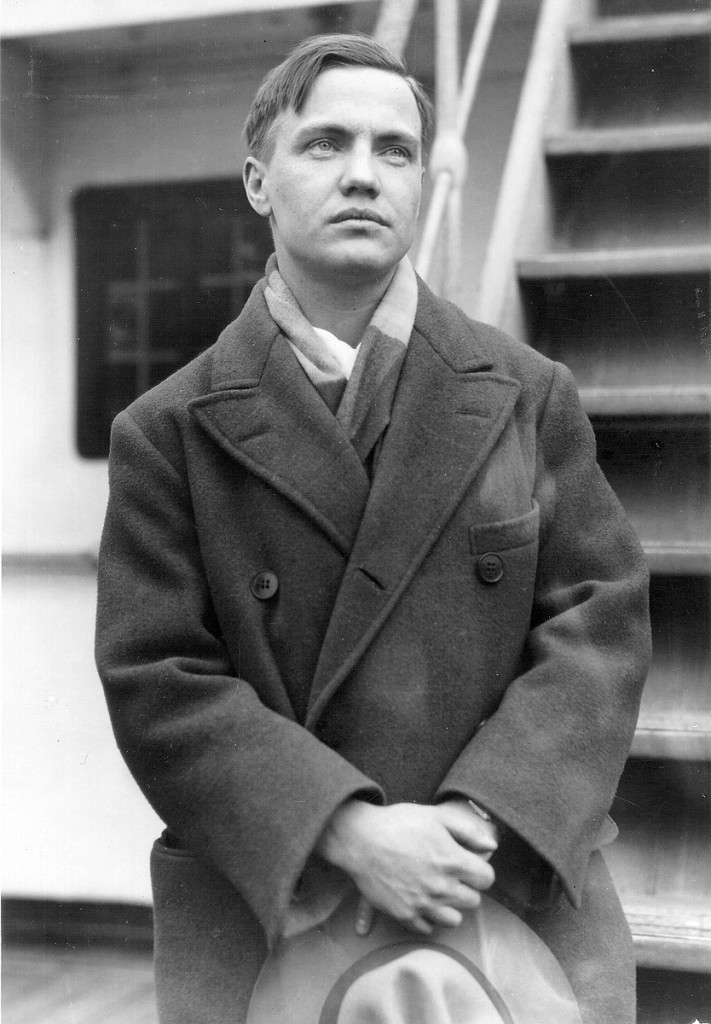 Pianist George Antheil got used to his concerts turning into riots.  After all, he made a habit of ending each evening with a set of ultra-modern pieces.  But he wanted his music to be heard, and he started taking dangerous measures to see that it was.

Like many young American artists in the 1920's, Antheil went to Europe to further his career.  His tour included cities in the former Austo-Hungarian Empire and Antheil carefully deleted from his publicity any reference to his World War I status as an aviator.  But between the controversy of his music and the instability of post-war politics, Antheil took no chances.  In a silk holster under his left arm he carried a 32 caliber automatic pistol.

His first concert in Budapest had deteriorated into violence.  At the second, Antheil walked onstage, bowed, and said, "Attendants, will you please close and lock the doors?"

Once they had complied, he pulled out his pistol, laid it on the Steinway and began his concert.  Every note was heard.

It was not so easy in Munich.  It was March 1922 and the concert agency received a note saying: "If the American pianist attempts to play French works in the Munich concert hall, the place will be bombed."  Antheil asked who might be responsible for the threats.  The agency had no doubt.  "A bunch of local hoodlums known as the National Socialist Party led by an Austrian maniac, Adolf Hitler."

Antheil got so mad that he insisted on doing the concert.  Knowing that his 32 wouldn't be much help, Antheil fortified himself with something else--half a bottle of red wine.  The next thing he knew, he was playing the opening piece, Bach's Fugue in E Minor.

The next day the Munich critics observed that Antheil had played the Bach with uncommon coldness and lack of feeling.  The rest of the performance, they noted, had been all right.  It was the last time Antheil drank anything before a concert.

An incident from Bad Boy of Music, the 1945 autobiography of the American pianist and composer George Antheil.