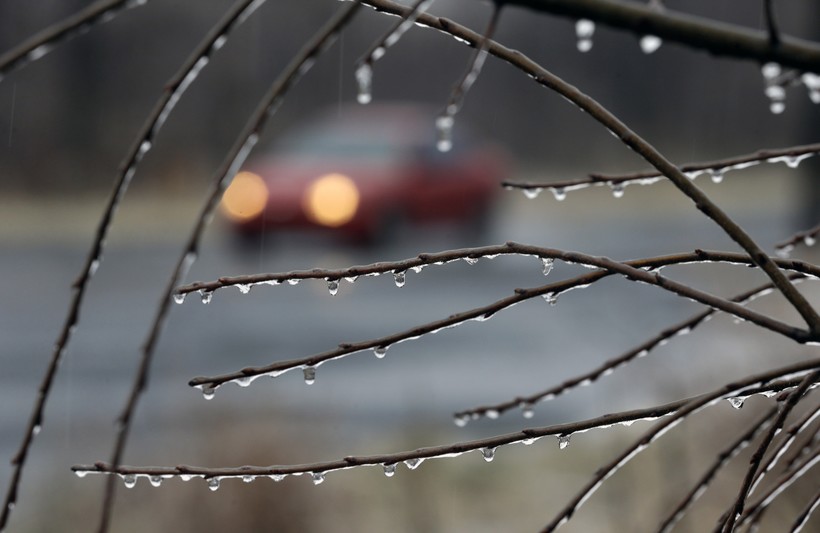 Concerns Over Flooding Rise As Rain Begins In Wisconsin

Rain and melting snow have triggered flood warnings in some Upper Midwestern states while blizzard conditions are the primary concern in other states.

A flood watch is in effect from Wednesday through Friday for portions of east central, south central and southeast Wisconsin.

A flood warning was also issued for the Eau Claire area due to pooling on city streets.

Municipalities are asking people to clear storm drains, shovel around the edges of their foundations and clear their gutters to help minimize flooding.

Wisconsin Emergency Management spokesman Andrew Beckett said the agency is monitoring the situation and is coordinating with county officials on flooding risks but offered advice to homeowners concerned about leaking roofs or flooding basements.

"Make sure your gutters are clear both on top and the downspouts themselves so that as this snow melts with the warmer temperatures and rain that’s expected, that water has somewhere to go," Beckett said. "Also, do a walk around your property. Make sure there’s no water pooling near your foundation."

Flooding is likely across many areas the next few days, but there are some things you can do to help minimize your risk from melting snow. pic.twitter.com/1A5k907d1l

National Weather Services across the state Wednesday morning were warning of rising rivers, streams and other waterways as warmer temperatures hit the state and rain begins, melting the snow.

As of Wednesday afternoon, parts of Wisconsin had already seen up to an inch of rain fall since Tuesday, said Nicole Batzek, a meteorologist at the weather service office in La Crosse.

"Up to a half an inch additional rainfall could fall on top of that, plus with all the snow melt with the warming temperatures," said Batzek. "So, it’s just a recipe for some wet conditions that will lead to river flooding across the area."

Rainfall is expected to move across the Northland beginning today, continuing through Thursday afternoon. Rainfall amounts could total between 0.5 to 1.5 inches, which could lead to urban/street flooding. Be sure to take proper precautions to avoid snowmelt flooding! pic.twitter.com/0wdWVcplGG

Brandon Larson is the emergency management director for Vernon County, which saw the Kickapoo River crest 22 feet above flood stage in August. He said flooding in the area is expected in spring, but he said the amount of snow still on the ground means this is a different situation altogether.

"So with that melting snow and the rain that we’re getting and the frozen ground, that water has nowhere to go," Larson said. "It can’t soak into the ground, so it’s got to run off somewhere. So, that’s kind of a big concern."

Larson said Vernon County has 50,000 sandbags available to county residents. He said there haven't been any takers thus far.

School districts throughout Wisconsin closed Wednesday because of the flooding potential.

Mike Beighley, superintendent of the Whitehall School District, said the main concern is that roads are slippery because rain has turned some snow-covered roads into sheets of ice. Beighley said the plan was to open schools two hours late in order to give townships time to sand or salt slippery roads.

"And it became pretty clear by 7:30 a.m. that the townships were not going to have enough time," Beighley said. "They’re all working as hard as they possibly can to meet the needs of this winter but the time just wasn’t enough. So, we ended up closing today."

Dense fog hit much of Wisconsin on Wednesday morning, as the snow melted and warm air moved through.

Meanwhile, a strong storm packing wind gusts of 60 mph and a foot of snow is moving into South Dakota where a blizzard warning was posted. Rapid City schools and government offices are among those closed Wednesday. A similar warning for northeast North Dakota and northwest and west central Minnesota was in effect Thursday through Friday.

South Dakota Gov. Kristi Noem closed state government offices in 39 central and western counties because of blizzard conditions. Only essential personnel at state offices in the affected counties should report to work Wednesday.

The major late winter storm is expected to cover most of South Dakota beginning Wednesday with heavy snow, gusty winds, rain and freezing rain. Flooding is also expected in some areas.