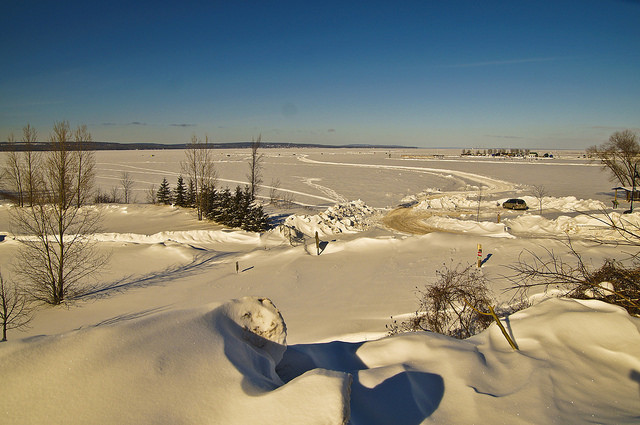 Lake Superior as seen outside of Ashland, near the location of a proposed CAFO.

Community Near Proposed CAFO In Bayfield County Divided Over Project

Some Farmers Are Concerned About Water Pollution, Smell
By Danielle Kaeding
Share:

Some farmers are at odds over a proposed large-scale hog farm that’s been proposed near Lake Superior.

Iowa-based Reicks View Farms is proposing a hog farm in Bayfield County that may have roughly 26,000 animals. Jay Cablk, who farms part-time less than two miles from the proposed site, said he’s concerned about the smell and water quality.

“I want to live here the rest of my life,” he said. “I want my son to eat clean fish and be able to swim in the bay and catch fish in Fish Creek.”

“It takes a big operation to make cheap bacon and ham and everything else. You got to be efficient and you gotta farm a lot different,” he said.

Lulich doesn’t see anything wrong with Reicks proposal yet. But Cablk said it’s dividing some neighbors.

One farmer declined to be interviewed for fear of backlash from people opposed to the hog farm.