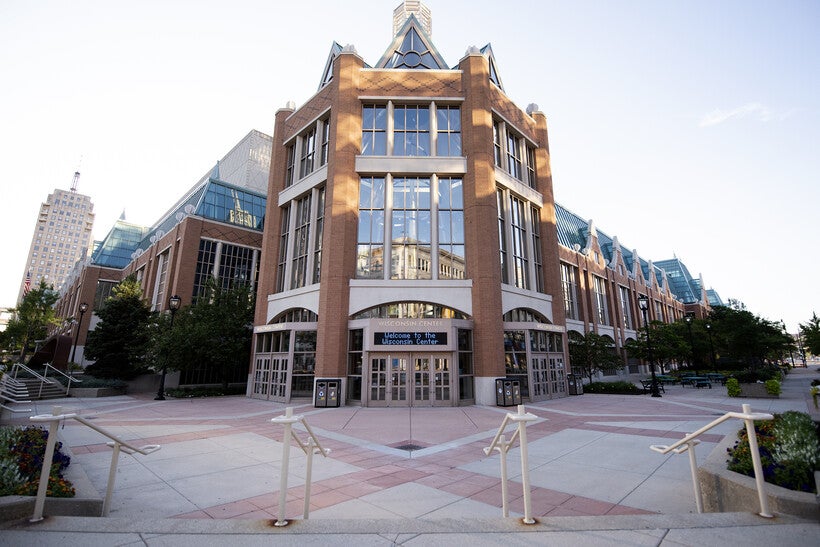 The Wisconsin Center on Thursday, Aug. 13, 2020, in Milwaukee. Angela Major/WPR

Milwaukee and Nashville are the 2 finalists for the convention which could draw 50K people
By Deneen Smith
Share:

A coalition of community and labor organizations are calling on the city of Milwaukee to reject the 2024 Republican National Convention.

The call comes the day before a committee of the city’s Common Council is expected to vote on a draft agreement with the Republican National Committee.

Milwaukee is a finalist for the convention which could draw 50,000 people to the city. Nashville is the only other city in the running.

In objecting to the city hosting the convention, the groups accused the GOP of attempting to undermine democratic elections and of supporting racism.

"The Republican Party, both nationally and in Wisconsin, has become an organization that supports White Supremacists, the violent attempted coup at the US Capitol to overthrow a democratic election, and continues to engineer new ways to undermine fair and democratic elections," the open letter reads.

Mayor Cavalier Johnson told the Milwaukee Journal Sentinel he'll continue to work to try to bring the convention to the city, because of the economic benefits it would bring.