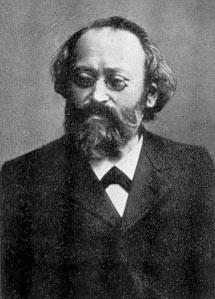 The Liverpool Philharmonic Society had suffered from a shaky performance of Mendelssohn’s incidental music to Athalie, and when a blistering review prompted the infirm conductor to resign, the Society invited German composer Max Bruch to take over the helm. Bruch accepted the job. An oversight would make him regret the decision.

Bruch had already served as a guest conductor for the Society, leading successful performances of his own oratorios in 1877 and ’78, and so he had good reason to trust that his permanent appointment as Musical Director would be equally harmonious, and in the spring of 1880 he left his position as a choral conductor in Berlin to take the job in Liverpool.

Although Bruch could write English fairly well, he was not so good at speaking it, and his thick German accent put him at odds with the choir. During Bruch’s second season, one member of the Society went so far as to write a letter of protest to Society secretary Henry Sudlow:

We should be very grateful if you will kindly do something to put an end to the incessant talking and rude remarks, to which we, in the front row, are at present victims. If anything, the annoyance is worse than last season, one young person–I cannot call her a Lady–appearing to delight in making all the ridicule possible of our conductor, and that in such a loud and insulting manner, it is quite painful to us to hear.

Although he stayed in Liverpool for a total of three years and conducted thirty-five well-received concerts, Max Bruch returned to Germany under a cloud. Years later he wrote that he had made a mistake when accepting the post in Liverpool, noting, “If you live there and you wish to achieve something, then you must become anglicized...for me it was quite out of the question.”