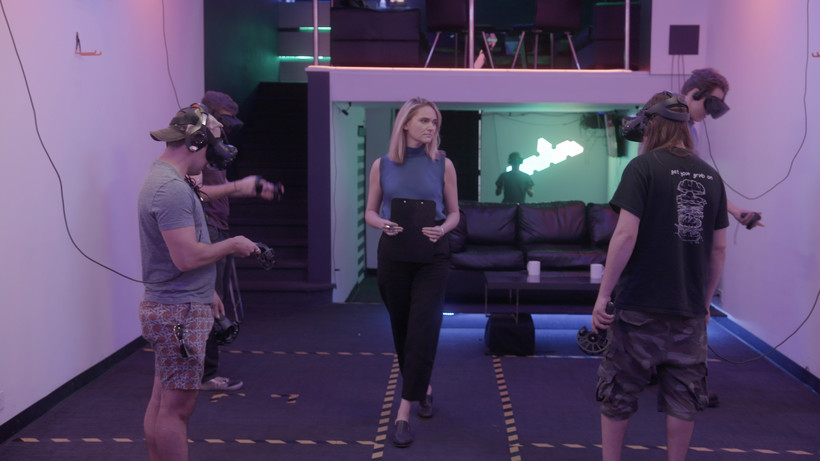 If you like dark comedy, you’ll probably like Jena Friedman. Her fellow comedian Brock Wilbur has described Friedman as "the comedian who occupies a spectrum of comedy so dark it is almost impossible to see her."

So does she agree with this description?

"You know, I would prior to 2016," Friedman told WPR's "BETA." "I think now our country’s darkness has caught up with me. I think I’m just kind of talking about what’s happening. I used to get a lot of comparisons to Edward Gorey, if he were animated a little bit more."

Friedman has described comedy as both art and entertainment.

"The entertainment aspect is just that we need other people to do what we do. I’ve always been envious of visual artists or musicians because I think they can create in a closed environment but comedians need an audience to know if our jokes are funny," Friedman said. "We need an audience to make our art. It’s varying degrees of art, you know, depending on the type of comedy you want to do.

She's said her favorite comedians are able to make sense of things the rest of us have trouble understanding. Can Friedman point to an example from her own comedy that accomplishes this goal? Maybe something from her standup set on Conan O’Brien’s show last year?

"After Charlottesville, I was so sad. And you’re watching these guys with AR-15s exercising their free speech. And there was a lot of debate about what do we do? Do we let Nazis speak publicly? You know, people were like 'Don’t punch Nazis,'" Friedman said. "And so I was trying to understand it and find comedy in it, and being Jewish, I do feel like I have license to kind of go a little further regarding Nazis."

In her Adult Swim series, "Soft Focus with Jena Friedman," she finds herself interacting with real people.

"I worked at 'The Daily Show.' I was a field producer there. And even prior to that, I was doing field pieces and I have some interviews online that are quite dated where I talk to different characters in the world," she said. "I just like that stuff. I like combining comedy with real people. It’s funnier to me when it’s unscripted. It just feels relevant in a way because you’re actually talking to people."

In the debut episode of "Soft Focus with Jena Friedman," Friedman did a story about campus rape.

"'Adult Swim' is like a real comedy network. They do a lot of experimental stuff. A lot of their audience are kind of younger guys, and I just wanted to find an actually funny way to talk to them about that subject," Friedman said.

"So the segment, it’s kind of making fun of the investigative journalist, the intrepid reporter who is trying to uncover things but maybe isn’t as above board as she should be. But ultimately, I just wanted to like sugar coat ideas about consent and have people talking about consent. And it is like such a lightning rod of a topic."

In an interview last year, Friedman referred to a comment that her fellow comedian Jen Kirkman made in her Netflix special, "Just Keep Livin'?"  — "That’s not a rape joke, that’s a rape fact, and I’ll stop talking about rape when men stop raping everybody, so don’t give me your outrage," Kirman said.

"I did actually have a job interview a while ago with a guy who had date-raped a friend of mine," Friedman explained. "And then I wrote a joke about it and I’ve been trying to get that on late night. But the general consensus is we can’t air that.

"I think that men are afraid to air things because a rape joke from a female perspective is a completely different joke than from a male perspective," she said. "And even if you’re a woman on late night, as a guest on someone’s show, it’s still filtered through the lens of the host. It would be cool if there were female hosts in late night as well so that I think some of the jokes that might be uncomfortable coming from a male host’s show would be seen in a different context coming from a female host’s show."

"I saw an article about him in The New York Post, bastion of journalism, about how he was dating again. And that’s why I wanted to talk to him. Because if you’re dating again and you are the Cannibal Cop, I want people to know that. It was almost like a public service announcement," Friedman said. "And he was a really good sport. And all of that was unscripted. And not enough people saw it. And it’s one of the funniest things I think I’ve ever done."

The second episode of "Soft Focus with Jena Friedman" debuted at 11 p.m. Friday, Jan. 25 on Adult Swim. It features a segment on sexual harassment in gaming and an interview with presidential hopeful and cybersecurity tech founder John McAfee.