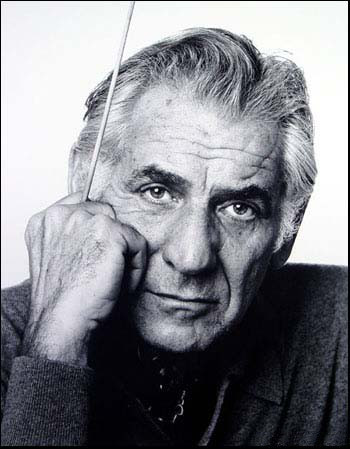 In the early days of radio someone decided that it would be a good idea to time orchestral performances. The results were surprising to most conductors, and put two of the greatest on a collision course.

In 1949 Leonard Bernstein was a young up-and-coming conductor and “an avid listener to records. Bernstein listened to Arturo Toscanini’s NBC broadcast of the Love Scene from Berlioz’ Romeo and Juliet and found it much slower than the venerable conductor’s recording of it for an RCA record. Bernstein was about to conduct the same work and asked Toscanini if they could discuss tempo and other aspects of the work. The hot-tempered Toscanini replied with a cordial invitation for the young conductor to visit him.

At Villa Pauline, Toscanini’s Riverdale house overlooking the Hudson River, Bernstein found his octogenarian host full of energy, bounding up the stairs two at a time and “bouncing all over the place.” Then the two compared their ideas about the Berlioz scores. Toscanini answered most of Bernstein’s questions, but when the young American worked up the nerve to ask about the differences in tempo between Toscanini’s two performances, the temperamental Italian was hard-pressed for an explanation.  He promised to compare the broadcast transcription with the RCA recording.

A few days later Bernstein received a note from Toscanini dated October 13, 1949, in bold red ink. After a comparison of the two performances, Toscanini wrote, he confronted the fact that the version on the record was much faster. He went on to say that he had confronted another fact-- “that every man, no matter the importance of his intelligence, can be from time to time a little stupid.” He added, “So is the case of the old Toscanini.”

Far from taking offence at Bernstein’s inquiry about the tempo discrepancies, Toscanini closed by saying that during the visit, “I felt myself forty years younger.”