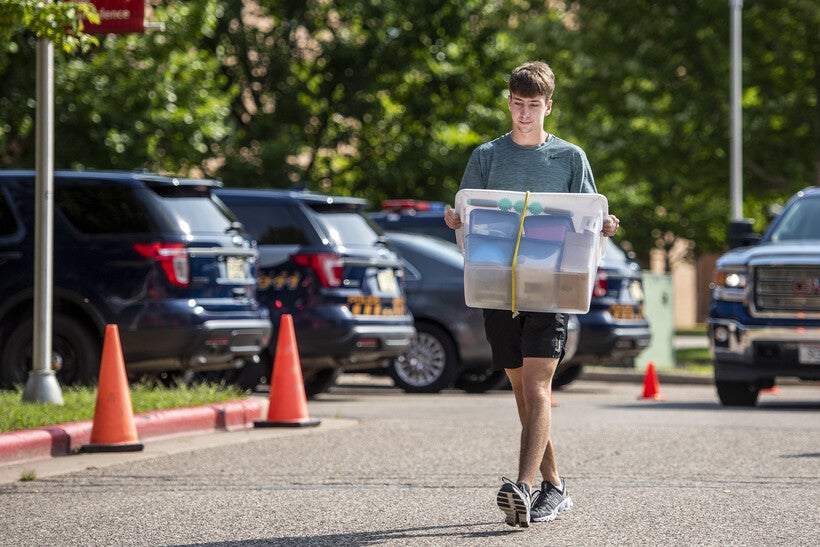 Enrollment in Wisconsin colleges dropped 4.9 percent from fall 2020 to this fall, according to new data from the National Student Clearinghouse Research Center. In total, Wisconsin college enrollment has declined 8.2 percent over the course of the two pandemic school years.

Nationwide, enrollment dropped by 3.2 percent this year and 6.5 percent over the past two years. The data could change slightly as more colleges report their enrollment numbers to the research center, but executive director Doug Shapiro says if the same pattern holds, this would be the largest drop in college enrollment in at least the past 50 years, and nearly double the decline schools saw in the post-recession years of 2011 to 2013.

"That was when we were coming off the all-time highs from the Great Recession, so those declines weren't quite so painful." he said. "These declines that we're seeing today are from an already depressed level of enrollment."

Shapiro said community colleges were seeing the brunt of the decline, with their enrollment down 6.1 percent nationwide since last year, and 20.8 percent since 2019. The report doesn't break out two- versus four-year college enrollment by state, so it's not clear how Wisconsin's enrollment declines shake out between two-year and four-year colleges.

"A lot of young people seem to be going to work instead of going to college, especially for low-wage workers or students from low-income families who have been lured away by this temporary hitch in the labor market, where wages are increasing," said Shapiro. "These are the students who have always been the most on the margin between college and the workforce, and also the most powerfully pulled away by the need to support their families through hard times."

Mikyung Ryu, the director of research publications at the research center, said the data doesn't clarify why graduate student enrollment is rising while undergraduate is falling dramatically, but said it may be at least partially driven by international student enrollment.

"I think international students at the graduate level might have a little more incentive to stay enrolled, or come start a program at the graduate level, because potentially they have some financial aid or scholarship offer by the hosting institutions," she said. "We don't know for sure."

The three most common undergraduate major categories — health care, business and liberal arts — all saw declines in enrollment this year. Enrollment in health care programs, which saw a 2.5 percent bump last year, dropped 3.6 percent this fall. Shapiro said it's possible this year's decline is a correction, bringing enrollment back to where it was before last year's increase, but he still found it surprising.

"Some of this is just perplexing," said Shapiro. "The health professions (decline) is a mystery."

Highly selective private nonprofit universities also bucked the trend, seeing their enrollment grow and seemingly rebound from last year's declines. The research center defines "highly selective" schools as those that admit half or fewer of the students who apply, and whose students are generally in the top 35 percent of their graduating classes with high test scores.