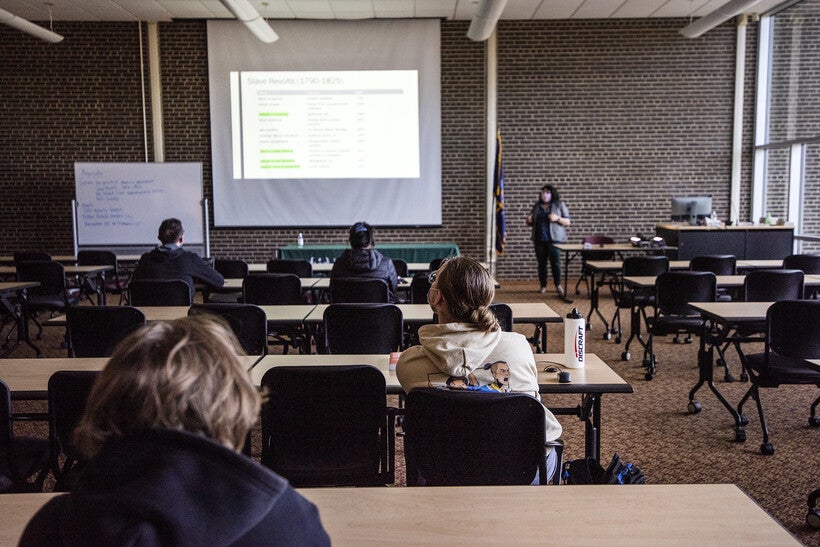 College enrollment across Wisconsin down 3 percent, according to new report

Overall enrollment across Wisconsin colleges and universities fell around 3 percent this fall, according to preliminary data from the National Student Clearinghouse Research Center. Researchers say national enrollment declines have slowed to pre-pandemic, but they were surprised by the lack of a rebound.

The "Stay Informed" report from the Clearinghouse found fall enrollment across all public and private colleges in Wisconsin as of Sept. 29 was down 3.1 percent from the same time last year. While still a negative, this year's decline was less than the 4.1 percent drop in fall 2021.

Since 2020, college enrollment in the state has fallen by nearly 7.8 percent.

"That kind of suggests a return to pre-pandemic patterns of essentially demographic trends where we had been seeing some declines based on fewer high school graduates in the Midwest and the Northeast," said Shapiro.

Within the upper Midwest, enrollment in Iowa and Illinois fell by around 1 percent, while Michigan saw a drop of just more than 4 percent this fall. Minnesota enrollment information wasn't included in the report due to a low response rate from institutions in the state.

Nationally, the number of students in college fell by around 1.1 percent this fall. That's in line with preliminary fall data from the University of Wisconsin System, which shows an average decline of around 1 percent across the state's 13 universities and 13 branch campuses.

Since the outset of the pandemic, national college enrollment has fallen by 3.2 percent, while UW System enrollment only fell by around 2 percent during the same period.

"I certainly wouldn't call this a recovery," said Shapiro. "We're seeing smaller declines. But when you're in a deep hole, the fact that you're only digging a tiny bit further is not really good news."

Dual enrollment data from fall 2022 for Wisconsin technical colleges and universities isn't yet available, but over the past decade the number of high school students taking courses at state campuses has increased significantly.

Between the 2011-12 and 2020-21 academic years, the number of Wisconsin high school students taking dual credit courses at state technical schools increased by 135 percent.

During the same period, the number of high school students taking classes at UW System schools increased by 228 percent.