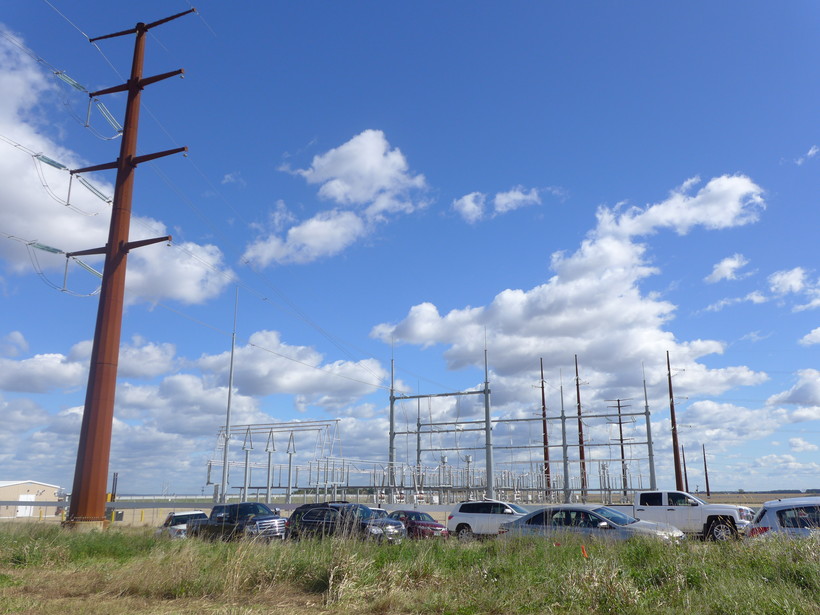 The CapX2020 project has finished its last section of electric transmission line from South Dakota to Wisconsin.

Xcel Energy, Dairyland Power Cooperative and nine other utility companies celebrated the completion of the line at a substation in Hampton, Minnesota, on Monday.

After a decade of planning and construction, the transmission line now stretches across southern Minnesota to the La Crosse area.

"There's been a lot of renewable resources added to the west, so those lines that were originally built were starting to load up and then when you get congestion, you can't move the resources you really want," Porath said. "The Mississippi River has been sort of a blocker for us because you don't have that many lines crossing. This line adds a new connection to western Wisconsin."

Porath said the previous transmission network in La Crosse was originally built in the 1950s. The CapX2020 project has been controversial in the past, but Porath said he thinks Wisconsinites are getting used to the large power lines.

"I can't say there's no impact because obviously there (is), but we try to minimize the impacts," Porath said.

The project used weathering steel poles to better blend into the landscape and tried to use existing utility corridors, he said.

Some renewable energy advocates have celebrated the CapX2020 project for increasing access to wind energy from the Dakotas and Minnesota.

"More transmission equals more clean energy development. It's really as simple as that," said Chris Kunkle, regional policy manager from nonprofit group Wind on the Wires. "In order to continue to meet the needs of customers to provide affordable reliable electricity as we transition our energy system, transmission is the backbone of that."

The collaboration between utility companies was also highlighted as a way to build a more cohesive electric system.

"It has been unprecedented for 11 utilities of quite varying types (municipals, cooperatives, investor owned) to be able to come together under a common purpose and then stay together," said Teresa Mogensen, senior vice president of transmission at Xcel Energy. "Working in cooperation, we were able to do much more together than any one of us could have done individually alone."

Xcel and Wisconsin-based American Transmission Company are currently working on a transmission project to connect the new substation near La Crosse to the Madison area. The Badger-Coulee Line is expected to be complete in 2018.