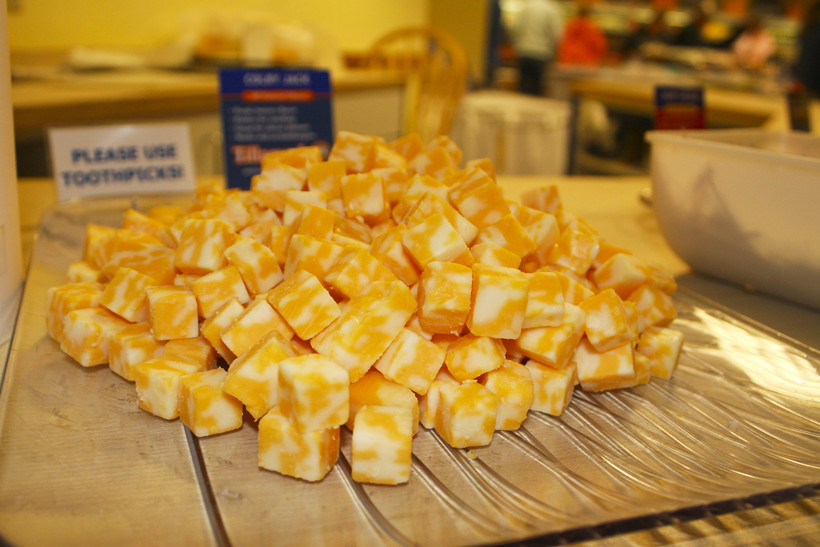 Colby could become the official state cheese of Wisconsin under a bipartisan proposal at the state Capitol — but some lawmakers say the plan could send the wrong message to makers and consumers of other cheeses in America’s Dairyland.

Supporters of the plan argue Colby deserves the particular distinction because the cheese was created in Wisconsin. It was first made in 1885 by Joseph F. Steinwand in the central Wisconsin city of Colby, the namesake of the cheese.

During a public hearing at the state Capitol on Wednesday, state Sen. Kathy Bernier, R-Chippewa Falls, one of the bill’s sponsors, argued Colby "put Wisconsin on the map" when it comes to cheesemaking.

"Colby is more than just an inventive, award-winning Wisconsin original with deep roots in our state’s history. It’s a celebration of Wisconsin — our small towns, our family farms — and it reminds us that just one small person from one small place can take an idea and change history," Bernier said.

Bernier said she isn't arguing Colby is the "best cheese" in Wisconsin, the most popular or even the most commonly-produced.

According to the state Department of Agriculture, Trade and Consumer Protection, roughly 1,200 cheesemakers in Wisconsin produce more than 600 types, styles and varieties of cheese. Mozzarella is the most commonly-produced cheese in the state, according to the USDA, followed by Cheddar and then Italian-style cheeses, like Parmesan.

Several current or former residents of Colby testified in support of the plan at the hearing.

"People all across the country and around the world know Colby cheese. Why shouldn’t we tell them it’s a Wisconsin original?" said Ann Luckey, the great-granddaughter of Steinwand, the Colby.

However, state Rep. Rick Gundrum, R-Slinger, expressed some concerns about elevating Colby above other Wisconsin-made cheeses.

"I just have an issue with making one cheese the 'state cheese,'" Gundrum said. "A wide variety of stores and shops in my district have a wide selection of Wisconsin cheese varieties that they sell. Cheese is very popular in Wisconsin, (like) beer, sausage. I think I can’t get behind it."

Brick cheese was also invented in Wisconsin, according to the Wisconsin Historical Society.

The Dairy Business Association has registered its official support for the bill. No groups have registered their opposition.

Wisconsin already has a variety of official state symbols, and several are nods to the state's dairy industry. Although the "state animal" is the badger, the "state domesticated animal" is the dairy cow. The "state beverage" is milk.

The proposal to make Colby the official cheese of Wisconsin has been introduced previously, including in 2019. This renewed proposal has yet to be voted on in a state Assembly or Senate committee.