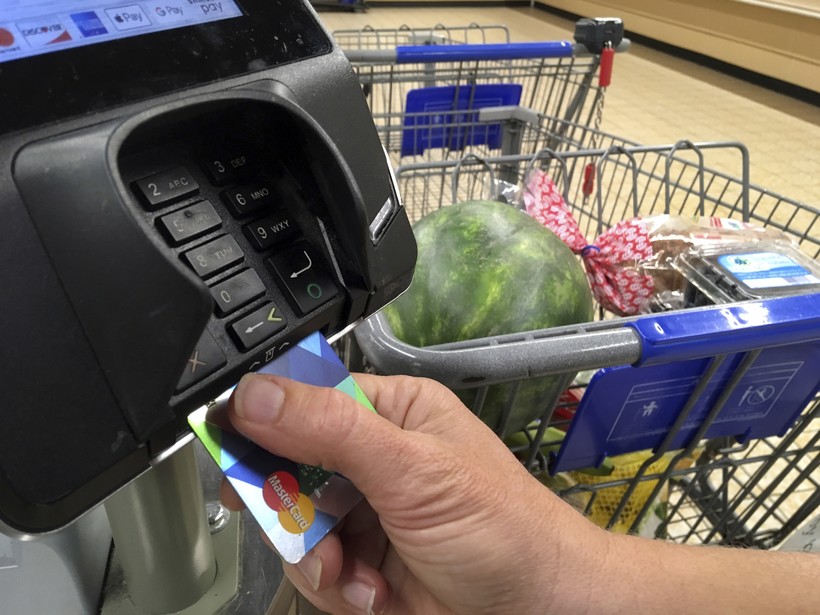 In April 2020, the coronavirus pandemic caused the national unemployment rate to jump to nearly 15 percent — the highest rate measured since data collection began in 1948. That month, the unemployment rate for women in Wisconsin shot from 2.6 percent to 18.2 percent, more than twice the rate of unemployment for Wisconsin men at the same time.

According to Dr. Alicia Johnson, director of the Women’s Center at the University of Wisconsin-Oshkosh, the pandemic has slowed progress toward closing the wage gap between American men and women. She presented on the topic Wednesday, which has been designated Equal Pay Day.

On average, American women earned the same amount of money between Jan. 1, 2020 and March 24, 2021, as their male counterparts did last calendar year.

A recent data analysis from the National Women’s Law Center (NWLC) shows Wisconsin’s 19-cent wage gap is the 18th smallest among U.S. states. But it's a different story if you look at Black women in Wisconsin, who earn just 59 cents for every $1 earned by white men. The state ranks 33rd when comparing those two groups.

Across the country, Latina women earn the least compared to white men. In Wisconsin, their wage gap is 43 cents. A Latina who starts working today could miss out on more than $1 million over the course of her career, according to NWLC.

"This is both a gender equity issue and a racial justice issue," she said.

Some Say It's A 'Shesession'

Women of color have also been disproportionally affected by the pandemic. One reason is they often face barriers when it comes to finding high-paying jobs, Johnson said.

For example, Black women across the country are carrying the highest student loan burden, having needed to borrow money to finance their educations.

As a result, women of color are disproportionately found in low-wage jobs, and those jobs — especially in hospitality and tourism — were hit hard by the pandemic.

"What is important to remember is that as we continue to work on recovery from the COVID-19 pandemic, we’re going to see this gap continue to grow,” Johnson said.

In addition, the pandemic has been difficult for mothers, with many children home schooling. Woman have historically taken on the role of caregiver, Johnson said, but it's been exacerbated by the pandemic.

Since the pandemic began, women, those under age 30 and workers who earn low wages, have been most likely to take unpaid time off work, according to the Pew Research Center.

"I want equity for the entire nation, and where we can start is with Wisconsin," Johnson said.

Federal legislation will play an important role in addressing the wage gap, she said. But there are steps Wisconsin can take to mitigate the problem.

For example, Wisconsin could make it illegal for employers to retaliate against workers who share their salary information with colleagues.

"Inequities thrive in silence or in spaces where silence is mandated, and so the more transparency we can have around wages, the more we can analyze and really work towards equity," Johnson said.

Wisconsin companies can also audit their own payrolls to see if they’re contributing to pay gaps, she said.

Officials with the American Association of University Women (AAUW) said there are other legislative steps Wisconsin can take to help close the wage gap, like prohibiting employers from asking about salary history or requiring companies to keep salary records.

The AAUW also broke down the state's wage gap by congressional district. In 2019, the gap was smallest in Milwaukee, where earnings tended to be lower across board. It was largest in Wisconsin's 3rd Congressional District, which includes much of the western portion of the state from Dunn County south.