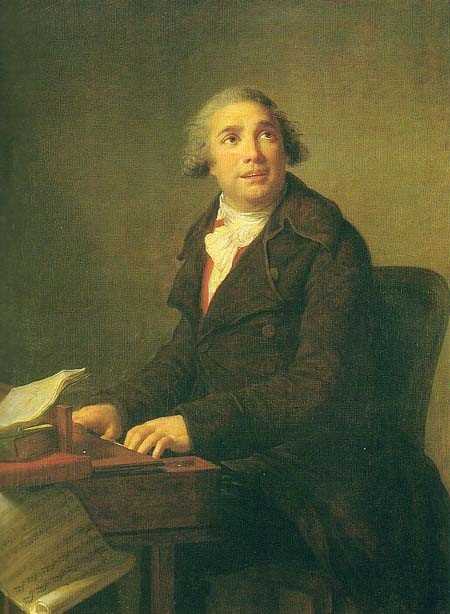 A Close Shave for the Barber

Giovanni Paisiello had crafted a popular opera from a play by Beaumarchais in 1782, but in 1816 Gioachino Rossini went ahead and wrote his own version of The Barber of Seville. Some Roman opera-goers were partial to the Paisiello and considered young Rossini an upstart for thinking he could improve upon it.  The name change to Almaviva fooled none of the Paisiello followers, who saw at once that this was a reworking of their old favorite.

But on the night of February 20, 1816, when the curtain rose for the first performance, no one could have predicted all that would go wrong with Rossini’s opera.

Tenor Manuel Garcia as Count Almaviva broke with convention when he chose to serenade Rosina, not with anything by Rossini, but with a pastiche based on Spanish love songs. And when soprano Geltrude Righetti-Giorgi as Rosina, instead of launching into an entrance aria, merely said to him, “Go on, dear, go on like that,” the audience began to express its dissatisfaction. With whistles and shouts, they drowned out the now famous Largo al factotum and the duet between Figaro the barber and the Count.

When bass Zenobio Vitarelli came on as music teacher Don Basilio, he tripped on a trapdoor and cut his face so badly that he nearly broke his nose. He was unable to sing his aria La calumnia, but by then the audience was out of the mood to hear it anyway.

During the finale a cat wandered onstage and Luigi Zamboni, as Figaro, chased it off, only to have it reappear on the other side of the stage, where it threw itself at bass Bartolommeo Botticelli, who until then had been singing the part of Dr. Bartolo. Mezzo-soprano Elisabetta Loyselet, as Berta the maid, jumped around the stage in an effort to avoid the ferocious feline while the audience cheered it on with a chorus of meowing.

The second performance would stir up just as much pandemonium, and we’ll find out about it next time.