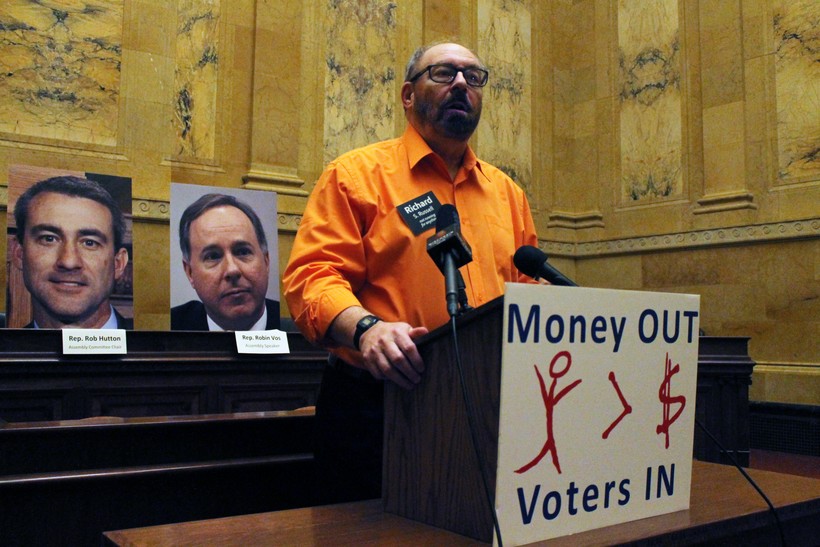 Richard Russell was one of more than a dozen protesters who spoke out against the Citizens United ruling Thursday at the state Capitol.

Wisconsin activists and Democratic lawmakers gathered in the state Capitol Thursday morning to voice their opposition to the unprecedented rise in campaign spending in recent years. The event was hosted by the consumer protection group WISPIRG.

Democratic Rep. Lisa Subeck introduced a bill last year that would add a question to the November 2016 ballot, asking Wisconsin voters to support or reject a constitutional amendment that would repeal the Supreme Court ruling.

More than 60 Wisconsin communities have come out in favor of an amendment repealing Citizens United.

Late last year, Gov. Scott Walker signed into law bills that loosened restrictions on campaign spending and dismantled the board that regulated campaign finances and lobbying, replacing it with commissions made up of partisan appointees.