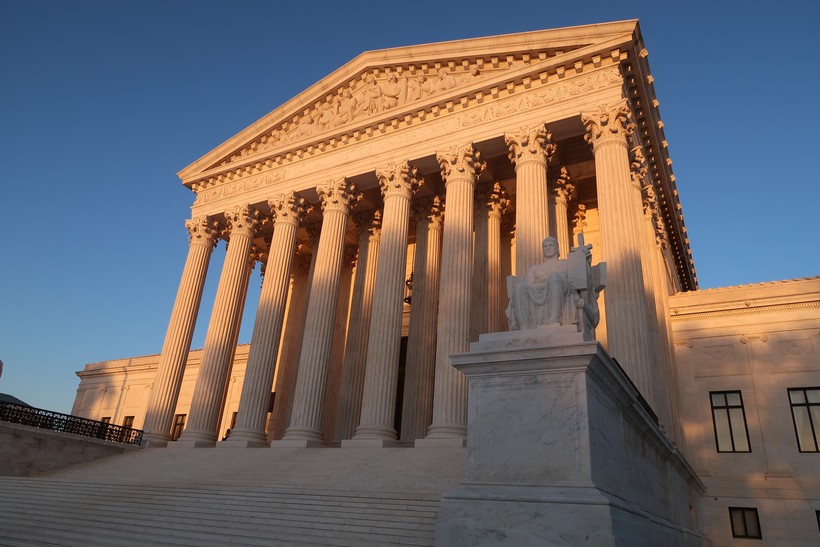 Hundreds of volunteers are combing through handwritten notes from the U.S. Supreme Court to add context to thousands of decisions over the last century.

SCOTUS Notes is a citizen archivist project to document and detail conversations among past Supreme Court justices. Official Supreme Court opinions are public documents available to the public right now, but conferences happen without an official record.

Timothy Johnson, a professor of political science and law at the University of Minnesota, is a lead researcher on SCOTUS Notes. He said conference conversations are notoriously secretive, because only members of the high court are in the room when they happen.

"For Congress, you can turn on C-SPAN and see any sort of committee hearing you would like to see. The president, whomever he is at the time, is on TV almost daily, and so those two branches of government we can really learn a lot about," Johnson said. "It’s the court that people really are interested in and really want to learn more about any time they can."

Nearly 50,000 pages of handwritten notes are available at the Library of Congress and law schools around the country. SCOTUS Notes digitizes the justice’s papers. Once people complete the transcription, the documents are searchable for keywords or important phrases. Justice William Brennan's notes of what Chief Justice Earl Warren said in Oestereich v. Selective Service System Local Board No. 11. The notes read, Johnson said, "There is an absolute exemption for minister in that situation. He need not exhaust remedies & may not be classified as delinquent. Photo courtesy of Johnson, Timothy R. and Ryan C. Black. 2018. "SCOTUSnotes: Digital Archives of Supreme Court Conference Notes"

Liberal Justice Brennan wrote the opinion that the Constitution protects the right to burn an American flag. Ardent conservative Justice Antonin Scalia signed the opinion, and Blackmun took notes during their discussions.

"Justice Scalia actually says, according to Justice Blackman’s handwriting, 'This case makes me sick; on the other hand, there is a freedom of speech right to burn the flag,'" Johnson said.

Johnson said volunteers encounter different note-taking styles when they transcribe the private documents. Johnson said, for example, Blackman used his own version of shorthand with letters instead of full words and symbols representing opinions.

"He didn’t like to write out the words for whether or not he or his colleagues would affirm a lower court decision or reverse the lower court decision," Johnson said. "Instead he would write a plus for affirm or a minus for reverse, and so you do absolutely learn those sorts of quirks of a justice and each of the justice’s particular handwriting quirks as you work with these notes more and more."

At least 10 people transcribe each sample, and researchers use an algorithm to ensure the final record is accurate. Johnson said, before they discern any jottings, volunteers access files online and divide digital versions of the notes into pieces.

"When the justices go into conference, the court provided them with sheets of paper that were either cut into quadrants or sometimes cut into thirds, and they would have each justice’s name in one of these sections," Johnson said.

A justice scribbled notes about their colleagues’ perspectives in specifics sections of the paper. Dividing the pages makes the note easier to read, because volunteers can enlarge the image and scrutinize the writing.

Volunteers also have a direct line to lead researchers, so they can ask questions or report interesting findings in real time.

SCOTUS Notes focuses on papers starting in 1939. It doesn’t include notes from justices on the bench now. Johnson said citizen researchers are finished with more than 11,000 subjects from Brennan and Blackmun. He said soon volunteers can access another 10,000 subjects from the early part of Chief Justice William Rehnquist’s time and all of Justice Lewis Powell’s notes.

Ryan Black, associate professor in the political science department at Michigan State University, is a co-lead researcher with Johnson.