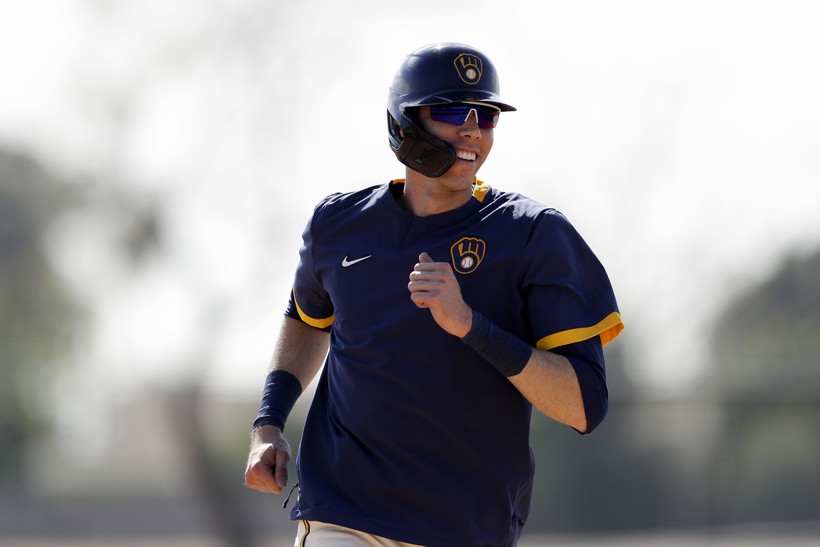 The Milwaukee Brewers have reached a deal with Christian Yelich that will keep the former National League Most Valuable Player in their lineup for several more years.

Brewers general manager David Stearns says the team has signed Yelich to a $215 million, nine-year contract running through the 2028 season with a mutual option for 2029.

He’s signed a lot of autographs in his career, but we’d venture to say this one is probably the most valuable.#ThisIsMyCrew pic.twitter.com/1SKRyujlWV

During a Friday press conference, Yelich said he had no plan on playing anywhere other than Milwaukee.

"I really enjoy this city and it's somewhere that I'm very passionate about ... I don't have any visions or aspirations, really, of going anywhere else," he said. "(If) I had to pick and choose where I want to play, I would pick and choose to play here. My two years here have been that special."

The 28-year-old outfielder's new deal added $187.25 million over seven seasons to the remaining $27.75 million Yelich was guaranteed as part of the $49.57 million, seven-year contract he signed in March 2015 with Miami.

Yelich was dealt to the Brewers in January 2018, and he won the NL batting title and MVP award as the Brewers reached Game 7 of the NL Championship Series.

He added another batting championship and finished second in the MVP vote last year, when his season was cut short by a broken kneecap.

Yelich has been arguably the National League's most productive player in the two seasons since the Brewers acquired him.