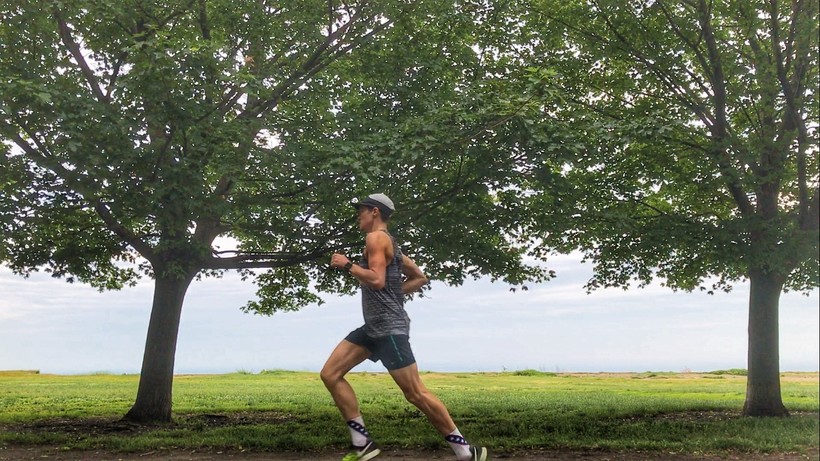 Transgender athletes will be allowed to compete in the 2019 CrossFit Games by the gender they identify with after an announcement was made in early August by the Games' founder and CEO to upend its existing rule that athletes compete as the gender they were assigned at birth.

This decision comes after athlete Chloie Jönsson, a transgender woman, was prevented from competing in the women's division in the 2014 games. Frustration over that decision rang out among members and supporters of the LGBTQ community, including Chris Mosier, a National Gay and Lesbian Sports Hall of Fame athlete on Team USA and transgender man who started a petition in support of Jönsson in 2014.

Mosier, also a coach and founder of transathlete.com, a resource for trans competitors, spoke with WPR's "The Morning Show" host Carrie Kaufman about his reaction to the CrossFit games decision and the uphill battle transgender athletes face.

Carrie Kaufman: In the 2019 CrossFit games, people will be allowed to participate as the gender that they see themselves as. What is your reaction to that?

Chris Mosier: This has been a long time in the making. I actually started a petition about this in 2014 when Chloie Jönsson was first banned from CrossFit after she was outed as a transgender woman.

Jönsson is a trans woman who was competing in CrossFit games. She had been transitioned since her teenage years and had been living her life without telling folks she was trans — just living as the woman that she knows that she is and competing as a woman. An anonymous person at her gym outed her as a transgender woman, which then made CrossFit respond and say she was ineligible to complete. That started this rule about trans athletes only being able to complete in the gender that they were assigned at birth.

CK: CrossFit is changing their policy. What made them do that?

It seems like it just came almost out of nowhere. I did not know that they were going to change the rule, and I keep pretty good tabs of this on my website, transathlete.com.

CK: CrossFit is a new sport. You have been involved in older sports. You were allowed to compete. How did that happen?

CM: I ran and biked in the world duathlon championship (at the International Triathlon Union Championship) in 2016.

Duathlon is not an Olympic sport, so world championship is as high as I can go. In 2015, I made Team USA for the sprint duathlon. But at that time I was ineligible to compete in the world championship in any international competition because they followed the Olympic policy.

So, I challenged the Olympic policy in 2015, which resulted in it being changed to allow trans athletes to participate with fewer restrictions. That included the removal of the surgery requirement. Up until 2015, transgender athletes were required to have a full lower surgery, internal and external genital modification, in order to compete in a sport, which is a human rights violation.

CK: What is it that you argued and what made them listen in this case?

CM: It was that no one should have to modify their body in order to participate in the sport.

As a trans man, I said adding an extra body part is not going to make me a faster runner or a stronger cyclist. I competed in the national championship and made Team USA with all of the other male competitors at the starting line who made the team. I though that I should be able to stand up and represent our country in the same way that the other men on the team could.

I think, to be very honest with you, what I think was the determining factor here was that it was the right time. They needed an athlete with a name and a face that they could assign to the idea of a transgender athlete, because these policies are being made without ever speaking to trans people, without ever knowing who we are.

Honestly, I think in this case versus Chloie Jönsson, male privilege was very much a part of this, and the fact that I'm perceived as a straight white man. I'm not seen as a threat in sports because people believe that no one assigned female at birth could ever be competitive with men and it was a very different situation than having a transgender woman trying to be a face of creating change. CK: Hormones play a big part in this and the Olympic policies reflect this, right?

CM: Yes. The Olympic policy and most elite level policies, including the NCAA policy, which would be when we start to see this policy, are based off of hormone status, and particularly testosterone. Most of these policies are looking for the presence of testosterone.

As a transgender man, I take testosterone and I will for the rest of my life in order to align my body more with how I feel inside. I had to get a therapeutic use exemption form through the World Anti-Doping Agency in order to compete in these international competitions. Essentially that gives me a range of testosterone that I'm allowed to be in, which is a "typical male range."

For transgender women, testosterone levels need to be below a certain level and there needs to be testosterone blockers and estrogen treatment in order to offset the hormonal balance that they have.

CK: There is a difference between being allowed to play and being welcomed to play. Talk to me about that.

As a trans man, I've had a pretty good time, even when I have won races, but we find that transgender women are discriminated against.