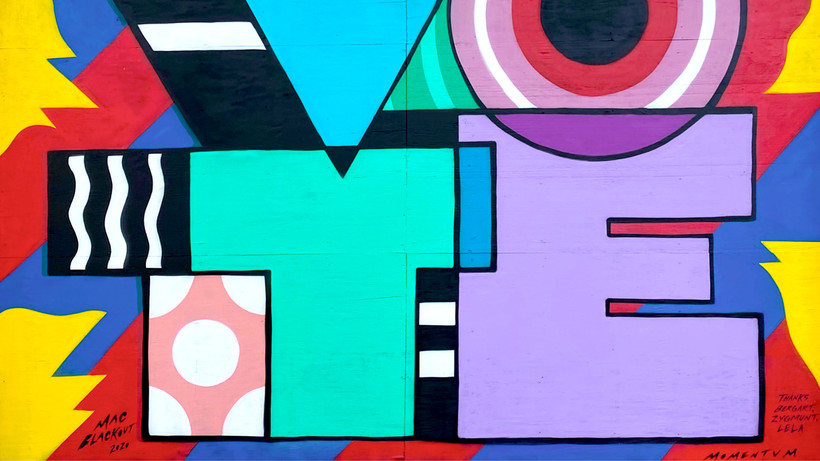 A Choice Between 'We The People' And 'Something Darker'

Law Professor Kim Wehle On Making A Voting Plan, Why It's Crucial To Vote
By Shannon Henry Kleiber
Share:

She's a law professor at the University of Baltimore School of Law, a former assistant U.S. attorney, was associate independent counsel in the Whitewater investigation, is an op-ed columnist for the conservative news website The Bulwark, and author of the book "What You Need to Know About Voting and Why."

She says she has never seen an election like this presidential election between Democratic nominee Joe Biden and President Donald Trump.

Wehle spoke with "To the Best of Our Knowledge" producer Shannon Henry Kleiber about what could happen in the coming weeks and her belief that democracy itself is at stake.

Shannon Henry Kleiber: Kim, some of your work that I like so much is about helping regular people learn more about the voting process and what their rights are. What are the three or so most important things that you would like voters to know and understand right now?

The second is that most democracies have what's called an opt-out system. So if you're a member of that country, a citizen, you are automatically registered to vote. The voting rates are much, much higher and (if you don’t want to vote), you (have to) opt-out. In America, the only people who could vote originally were rich, white males. We're still having a debate in this country (about which) people should be able to exercise that right.

The third piece is I'd like to see democracy by "We the people," not "We the politicians" or "We the Democrats or "We the Republicans." I don't care how you vote. I just really do care about voting, because there's so much money in politics taking elected officials out of the business of caring about regular people, and Congress can do a lot to fix that. I think people need to elect members of Congress that are going to fix the electoral process.

SHK: How are you personally planning on voting this year? Are you voting in person? Will you send in a ballot? And I know people — I'm sure you do, too — who are worried about the mail system. Should we be?

KW: Well, you know, actually, I have my ballot sitting on my desk in my home office. I live in Maryland. I registered to vote by mail. They sent me my ballot by email, I printed it out, I filled it out and signed it. But I'm going to drop it off personally once the polls in Maryland open in October. And so that's what I'm recommending people do.

But I think if you do use a mail-in ballot, read directions meticulously because over a half a million were excluded over the summer just because people didn't sign in the right place or didn't sign the envelope. So, that's No 1. Read it meticulously. Take your time.

And secondly, I would really say drop it off physically if you can. You have to have your personal vote plan. You really have to take this into your own hands the same way you get your flu shot every year.

Democracy itself is on the ballot. That's what we're voting for. We're voting for democracy versus something else like authoritarianism. And there are many, many people across the political spectrum who agree with me. It's not just hyperbole anymore.

SHK: Obviously, every election is both historically important and relevant to our everyday lives. But the stakes seem different this year. How do you see that? How are the stakes different?

We're debating (this): Do we want democracy or are we OK with something more like authoritarianism, whether it's unlimited power in the White House, potentially staying in power over the eight-year maximum under the Constitution.

You know, democracy is not set in stone. And we're a pretty young one.

This election is not about red versus blue. It's about "We the people" versus something that's much, much, much darker. I don't even think Americans can comprehend what it will look like. And that's what keeps me up at night.

I mean, I've never seen anything like this in my lifetime where we're not debating policy anymore. We're debating whether there's unlimited power in one branch of government. And that's a monarchy, an unlimited monarchy, that was rejected. That's not an originalist or a textualist point of view, that is fact. The sky is blue. We are not an unlimited monarchy. And that's where we're headed.

SHK: Kim, I don't know if you talk publicly about your political affiliations, but if you do, can you describe them?

KW: You know, I don't really. I have worked with the Whitewater investigation, which was an investigation of a Democratic president. And I also write for The Bulwark, which is a solidly conservative, historically Republican group of people.

I'm a person who has a very strong value system.

Students ask me all the time, "Which party should I join? I don't know if I'm Democrat or Republican." My answer is, "That's the wrong question. The question is: What do you believe in?"

And as a law professor and lawyer, I look for the questions. I get curious about the issues. And then, you know, I might support a Republican in one race and a Democrat in another race based on whether they're convincing me that they're in the right place on things for my value system. But that's a different way of thinking.

SHK: It sounds like something that everybody needs right now. I want to go back to something you said about "We the people." Is "We the people" still us in America? Or is it changing?

KW: I think it's changed because of money in politics.

People do want health care. We haven't seen anything out of the Republicans on that despite many promises, and we might see the end of Obamacare.

So if it's not happening, who are the politicians answering to? And I think the answer is (that) you and I can only give around $2,700 per person to a candidate. Corporations can't give money directly at all. But then in a case called Citizens United, the Supreme Court said, well, what about putting ads in newspapers or on television? And the court said that corporations have First Amendment rights, too. Well, the difference between a corporation and you and me is I don't have $100 million to run national ads on fracking.

They can spend unlimited amounts. The candidates understand this. People understand who is actually getting them elected when they turn on the television or they look at Facebook. That's the shift. Politicians get in office with money. You ask anybody who's run for office, it's money, money, money. They think about that the minute they wake up (until) the minute they go to bed. Even after they're elected, they think about that.

I believe the way to change that is to get people to vote. And not half the eligible voters — which is the number right now — but 60 percent, 70 percent, 80 percent, 90 percent like what happens in Sweden and Australia and Belgium and these other places that have mandatory automatic registration. (Then) it's going to be harder for corporations — and wealthy people, frankly — to dominate how our elected officials do things.

I mean, just think about it, [all the] tax cuts under this government. But they cannot figure out how to give Americans much-needed aid in a pandemic when they've lost their jobs and many cannot even feed their children.

That's all you need to know to know that the system isn't working. And the answer is to get out and vote.