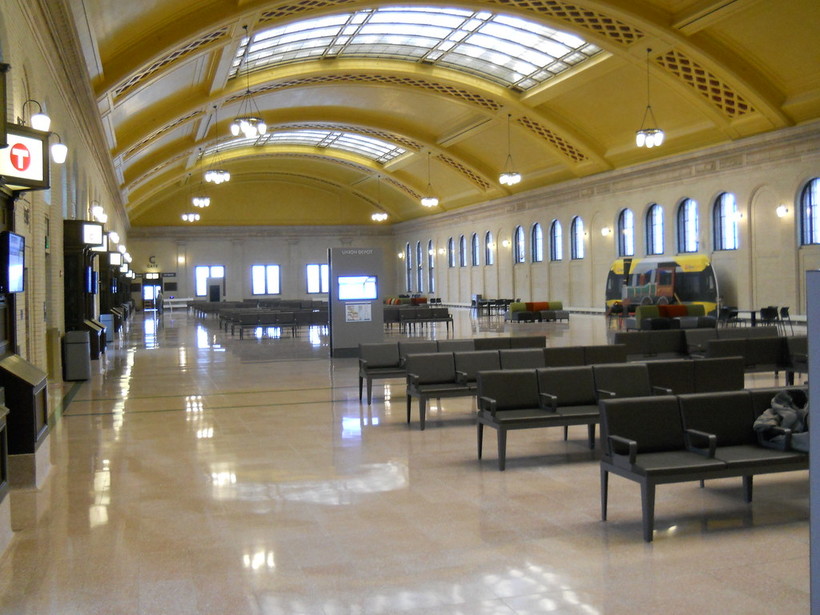 The Chippewa Valley is taking a different approach to bringing passenger rail service back after an almost 60-year absence.

There hasn’t been passenger train service from Eau Claire to St. Paul, Minnesota, since July 1963.

Now, the West Central Wisconsin Rail Coalition, which has existed for 20 years in the Eau Claire area, is developing its own private-public partnership that could bring passenger rail service from St. Paul to Eau Claire in the next three to five years.

"We’re taking a more non-traditional approach to getting this service started," Scott Rogers, coalition chair, said. "But we think that will make it more successful and make it last for the long term."

The coalition is working with a private Chicago developer Corridor Rail Development, which is helping with the economics of the route and connecting with a private passenger rail company that would run the trains.

"Eau Claire is definitely big enough. The route is in place to accommodate this," said Jim Coston, executive chairman of Corridor Rail Development.

"The grassroots support for this in the communities along the route have created a great deal of awareness," he continued. "That’s a very, very important attribute to starting up a successful rail corridor."

Rogers said there is no estimated cost to fund the start-up and operation of the service. He said Corridor Rail Development would provide the locomotive and passenger cars in a lease arrangement. He said exploring a train route now makes sense as the region looks to attract talent and stay competitive with economic development.

Rogers said as many as four round-trip trains per day could carry between 150 and 200 passengers per trip between Eau Claire and the Twin Cities.

"We have a tremendous amount of commerce between (Eau Claire) and the Twin Cities; and if we’re going to continue to see that kind of growth, we have some economic reasons to bring it (passenger train service) together," Rogers said.

Rogers said the Eau Claire-to-St. Paul service would be the first of two planned phases that could eventually lead to another passenger train route that would connect Eau Claire with Milwaukee and Chicago.

"It ties us closer to the Twin Cities and eventually Milwaukee and Chicago and makes us more accessible," he said.

The Wisconsin Department of Transportation’s Rail Plan 2030 includes Eau Claire in long-range plans, but only provides future financial support to current Amtrak routes between Milwaukee and Chicago, and Chicago and the Twin Cities that runs through La Crosse.

The most recent plan the coalition is working on calls for stops between Eau Claire and St. Paul in the western Wisconsin communities of Baldwin, Menomonie and Hudson. Rogers said there’s potential for new development along the train route, including new train stations.

"The sites around the train stations, you could see apartments, housing, businesses wanting to locate where they’re convenient and all the other services like restaurants and retail," he said.

In addition to using a private rail passenger company to operate the trains, the route would travel on Union Pacific tracks that have been upgraded for a passenger service that would operate at a standard speed of 79 mph, not high-speed service of 125 to 150 mph that exists northeast.

The coalition is planning a route study in the next few months that will help determine the feasibility of the route.