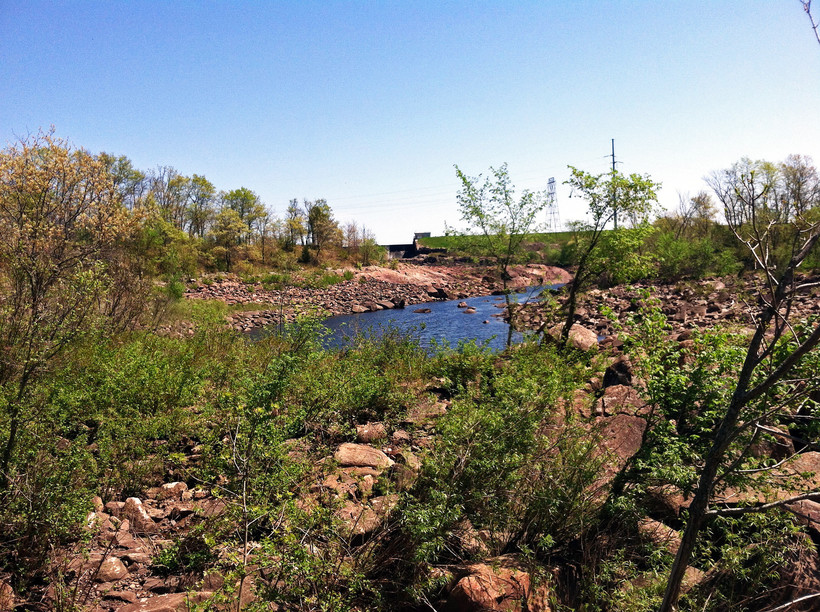 A multi-year study of groundwater use in Chippewa County shows that stream levels can be negatively impacted by frac sand mining and irrigated agriculture. Authors and stakeholders say the results can inform future regulations on high-capacity wells and industrial sand mining operations.

Researchers from the Wisconsin Geological and Natural History Survey and U.S. Geological Survey (USGS) partnered with Chippewa County, sand mining companies, farmers and other stakeholders to measure potential impacts to groundwater in the county. The study was based on data gathered between 2011 and 2014, as well as predictive computer modeling.

At the time of the study, the state's frac sand industry was still being developed so researchers created scenarios looking at impacts on potential development of sandstone formations in the region. Researchers found that the average amount of groundwater used at five mines within the study area was around 35 million gallons of water per year between 2012 and 2014. Those calculations were fed into models looking at what impacts could be if 10 percent to 100 percent of the sandstone deposits were mined. In all of the scenarios, headwater streams near bluffs targeted by sand mining companies saw reductions based on computer modeling.

"The largest reductions in baseflows are consistently focused in headwater streams, with some headwater reaches showing the potential to go dry (100 percent decrease) in scenarios with greater simultaneous expansion of mining," said the study authors.

The causes of these potential impacts were twofold. Mike Parsen, of the Wisconsin Geological and Natural History Survey, said that while high-capacity wells at mine sites pulled from the aquifer, mining activity itself reduced the amount of rainwater that could make it into the groundwater supply.

"What we found is that early on what you're doing is you're stripping off native vegetation and typically, there's a lot of truck activity, dozers and earthmovers on site that are moving ground as they're working into the mine," said Parsen. "And that tends to decrease infiltration due to compaction and just the change of that land-use cover."

After frac sand mining is completed, companies are required to reclaim their sites by recontouring the land and developing it into either farmland, forest or prairie.

Paul Juckem, of USGS, said he and other researchers focused on prairie restoration and studied how well water penetrated former mine sites in Taylor County. Juckem said water infiltration at sites newly reclaimed to prairies was still low.

"But as the prairies got older and developed deeper and more mature root systems, we found that in those sites the measured infiltration rates were typically higher," Juckem said.

Using that information computer models showed that in western Chippewa County groundwater recharge rates would improve after mines were reclaimed.

The groundwater study also focused on impacts from irrigated agriculture in the western portions of the county. Researchers also modeled potential impacts from various increases in the number of high-capacity wells used by farmers. Results showed that water flow in headwater streams could also be impacted by increased agricultural demands. Those impacts would be greatest during drought conditions.

Parsen said the goal of the study was to provide tools for local and state decisionmakers as they consider permitting future mines and high-capacity well permits. Also, he said that while the study was specific to western Chippewa County a series of recommended best practices can be used in other parts of the region and state.

"You could conceivably imagine a way to stagger some of this land use activity over time with the mining activity and when it comes to irrigation trying to think critically about the location of wells in relation to some of these trout streams," said Parsen. "That’s also where groups like the Wisconsin (Department of Natural Resources) could potentially become involved with regulating or at least guiding some of those decisions."