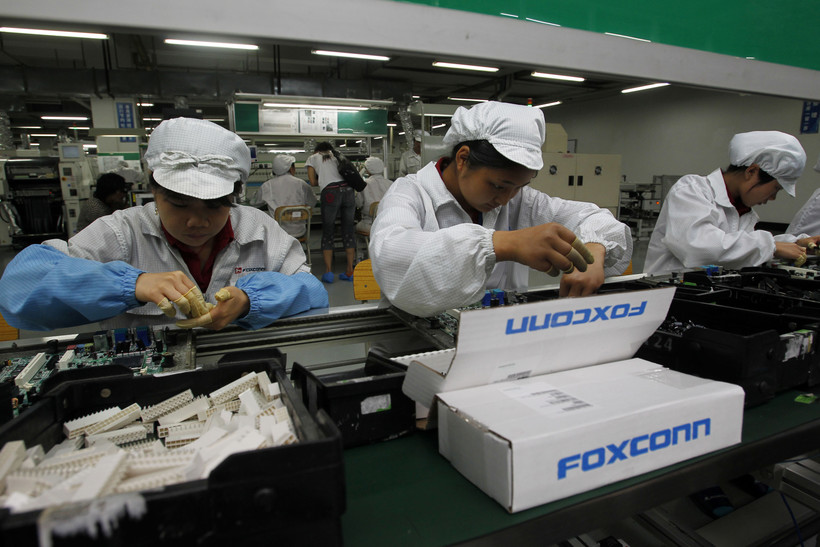 An expert on the Chinese economy said the decision by Taiwanese electronics giant Foxconn to build a Wisconsin manufacturing plant could start a technology corridor in the state, but he's skeptical of claims the plant will create 13,000 jobs.

"I would find it hard to believe that he would have those kind of numbers there," said Einar Tangen, who works in economic development in China and has watched the growth of Foxconn closely since he moved there in 2005.

When President Trump announced the Foxconn deal, he promised it would create a minimum of 3,000 and up to 13,000 jobs over time.

Gov. Scott Walker has consistently used the larger number, and so has the state literature promoting the Foxconn deal.

Tangen, who spoke at length with Wisconsin Public Television, said when big companies announce an expansion there's a tendency to "juice" the numbers to present the best possible scenario for job growth.

But he expects Wisconsin's plant, which will produce liquid-crystal display screens used in televisions, could be highly automated.

"My guess is that this plant will not be the kind of assembly plant that they have in China," Tangen said. "It's an LCD screen factory so my guess a lot of it will be automation and … as few employees as possible."

The state of Wisconsin would pay Foxconn about $230,000 per job in tax breaks if the company hits the 13,000 job threshold. The state's entire tax incentive package would hit $3 billion in that scenario, not counting any local incentives.

Tangen said an incentive package of that size is not unusual for Foxconn.

"Three billion is still a tremendous amount of money, especially when you start looking at the number of employment," Tangen said.

Tangen said even if Foxconn doesn't create as many jobs as promised, a plant this size could be big for southeast Wisconsin because of all the other businesses that spring up around it. Tangen previously lived in Wisconsin and knows the region well.

"It could be the next site of a very, very good tech corridor that could help both Wisconsin and Illinois," Tangen said. "The upside opportunity to go forward with this is not necessarily looking (at) what you're going to get out of Foxconn, which is going to be very, very little, but looking (at) what kind of infrastructure you can build for future innovation."

Tangen said the $10 billion Foxconn plans to invest in the plant is relatively small for a company the size of Foxconn, which makes its profits by producing products on an enormous scale.

"You cannot set up a state of the art LCD production facility for less," he said.

Tangen said the benefits to the company would be substantial. He said Foxconn chairman Terry Gou likely wanted a "safety play" in case the United States government were to threaten tariffs on foreign manufacturers.

"Right now, (Gou) basically owns most of the market. He wants to keep it that way," Tangen said. "He's getting in ahead of the game. This is a guy who thinks very, very cleverly, very clearly 15 years out."

Editor's Note: The full interview with Einer Tangen can be seen Friday at 7:30 p.m. on Wisconsin Public Television's Here and Now.