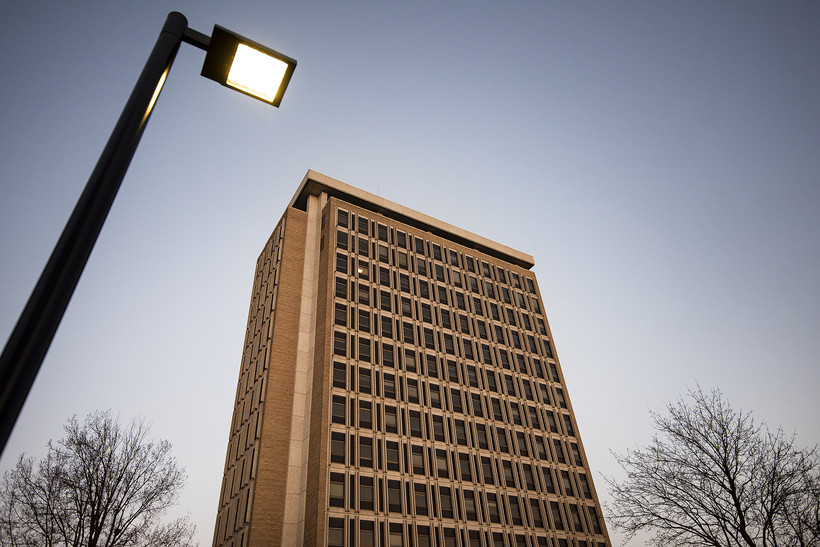 People from outside Wisconsin would qualify for in-state tuition at University of Wisconsin System schools under a new Republican bill, so long as their parents are UW alumni. Authors say the bill would address declining enrollment at state schools and address workforce shortages, while opponents say it would cut college funding and raise fairness issues.

During a Wednesday public hearing of the Assembly Committee on Colleges and Universities, Rep. Alex Dallman, R-Green Lake, who is co-author of the bill, said exempting out-of-state children of alumni from paying nonresident tuition would encourage more workers to reside in Wisconsin.

"This bill would also allow the UW System parents to encourage their children to attend a university in the UW System and not have to be burdened by the high cost of the tuition," said Dallman.

The bill would authorize UW campuses to charge an offspring of alumni a surcharge of up to 20 percent of academic fees on top of the in-state tuition cost.

Tuition costs vary widely by university, but generally nonresident tuition is around twice what Wisconsin residents pay. According to UW System data, UW-Parkside has the lowest tuition among the state's four-year campuses at $7,443.84 per year for full-time students. The campus' non-resident tuition is $15,713.52.

UW-Madison has the highest posted tuition price among state universities at $10,720.32 per year. Students from outside Wisconsin pay $38,608.08 to attend the flagship institution.

UW System director for state relations Deej Lundgren told committee members a conservative estimate suggests the UW System could lose $50 million in tuition revenue by exempting out-of-state children of alumni from paying out-of-state tuition. He said $40 million of that would be borne by UW-Madison.

"This loss in revenue will make UW System schools even more reliant on other funding streams, including state taxpayer dollars," said Lundgren.

Also, Lundgren said it would place a "tremendous administrative burden" on campuses that would be especially challenging for smaller campuses.

Some Republican committee members raised concerns about the legacy tuition discount proposal, like whether Wisconsin taxpayers would end up paying more to make up for the lost nonresident tuition.

"What if I was from Florida and I came here to the Badger State and then smartly moved back to Florida — where today it's 75 (degrees) — and then my kid for some reason thought they wanted to come here and freeze for four years?" asked Duchow. "I never paid state taxes here because I never was actually a resident of the state."

State Rep. Katrina Shankland, D-Stevens Point, balked at the potential $50 million loss for UW campuses and asked an attorney with the nonpartisan Wisconsin Legislative Council whether giving financial incentives to prospective students based on where their parents went to college could wind up in court.

"I was wondering if there would be any potential legal ramifications of that given, I think, it disadvantages several groups of people," said Shanlkand. "No. 1, there are first-generation students from places like Illinois who would not qualify because neither parent ever attended any UW System institution."

The legislative council attorney said it could become an equal protection or privileges and immunities clause claim, but it's hard to know how judges might rule.

The question of how or if potential students should get preferential treatment based on whether their parents attended college has long been debated. Many universities give preference or at least consider whether applicants come from families that attended their schools.

A 2018 survey of 499 college admissions staff across the U.S. found that 42 percent of admissions directors included legacy status as a factor when choosing which applicants to enroll.

Opponents of the practice say it provides another hurdle for first-generation and minority applicants and rewards those from more affluent families.

In October 2021, Amherst College in Massachusetts announced it would stop giving preference to applicants whose parents previously attended the school.

Tom Harnisch is the vice president for governmental relations for the State Higher Education Executive Officers Association. He said while some individual universities give financial incentives to students whose parents are alumni, he hasn't seen such a policy introduced by a state legislature before.

"So, I would just say that the problem with anything related to legacy, whether it's tuition or admissions preferences, is that you're rewarding the student for something that they didn't earn and only hardening the racial and economic inequalities that have long existed in American higher education," Harnisch said.

Instead of using financial incentives based on whether parents are alumni to boost enrollment, Harnisch said Wisconsin lawmakers could use the state's projected $3.8 billion budget surplus to invest significantly in higher education.

"Many states throughout the country are using their budget surpluses to make investments in higher education," said Harnisch. "And this is true in more liberal states as well as more conservative states."