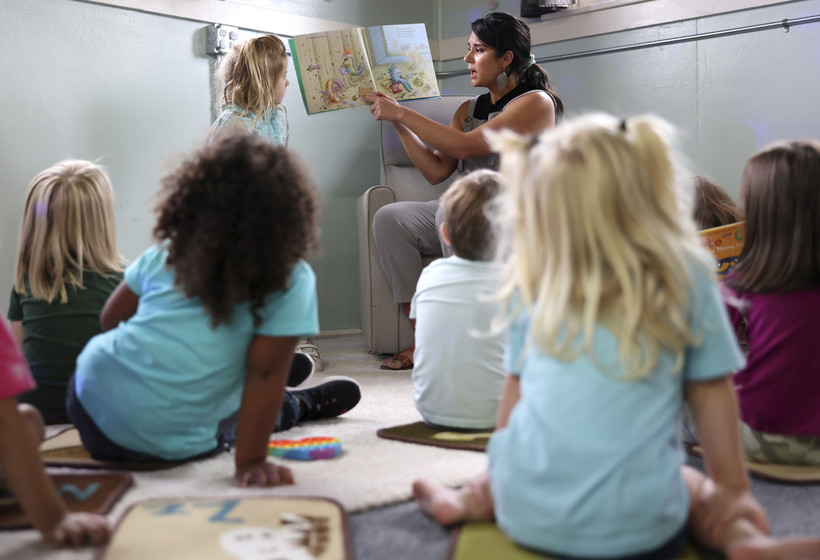 The COVID-19 pandemic brought an influx of funding to the nation's child care centers. But those child care stabilization grants will soon be a thing of that past.

This has some worried that the child care industry — already struggling with worker shortages, low wages and long waitlists — is on the brink of collapse.

The National Association for the Education of Young Children surveyed more than 12,000 early childhood educators from across the country in October 2022. The results show that relief helped many centers stay afloat during the pandemic, with one-third of respondents saying their program would have closed without funding.

Now, as relief comes to an end, many of those surveyed say the future looks bleak.

Lauren Hogan is the managing director for the National Association for the Education of Young Children. She said there's a "deep sense of fear" about what will happen when the funding is gone.

In Wisconsin, the numbers are worse.

Ruth Schmidt, executive director of the Wisconsin Early Childhood Association, said funding for child care needs to come from somewhere. With federal funding ending, some centers may be forced to increase rates, or cut wages — but that has its own drawbacks, she said.

"This industry is the workforce behind Wisconsin's workforce," Schmidt said. "Without a child care workforce, working parents with young children have a really hard time securing care, having their children in high quality, affordable, accessible options and (that) impacts the overall workforce of Wisconsin in really deep ways."

Child care in Wisconsin is already expensive, ranking 20th among states and the District of Columbia for most expensive infant care. The average annual cost of child care was nearly $12,600 in October 2020, according to the Economic Policy Institute.

And child care workers already make less than a living wage. As of May 2021, the most recent data available from the U.S. Bureau of Labor Statistics, child care workers in the United States made $13.31 per hour, or a mean annual wage of $27,680.

Low wages have led to worker shortages, forcing centers to operate well-below capacity according to the association's survey. In Wisconsin, half of centers are serving fewer children than they'd like to because of staffing issues. At the same time, 51.5 percent of centers are reporting longer wait lists than ever before.

"We have heard story after story from child care programs who have said that they have much larger waitlist than historically," Schmidt said. "And I think it's simply a function of how many classrooms are closed in Wisconsin due to the staffing shortage."

In all, more than 200,000 child care providers received COVID-19 relief funds — impacting as many as 9.5 million children. Stabilization grants have to be spent by September 2023, and additional American Rescue Plan child care funds can be spent through 2024.

Now, advocates are calling on Congress to revisit failed attempts to invest long term in child care and early learning.

"This is one of the areas that sees a ton of support across the lines that sometimes divide us: geographic, political, demographic, like everybody can come together around the importance of child care and early learning." Hogan said. "It just takes choosing to prioritize the investments at the end of this year, into next year, to really continue to make progress towards a child care system that works for families, for educators and ... the economy at large."

At the state level, a group of child care advocates, including the Wisconsin Early Childhood Association, are preparing to ask Gov. Tony Evers to invest in child care funding in his next budget.

"We're going to be calling on the governor to do a $300 million investment and Child Care Counts to avoid this enormous fiscal cliff it's going to happen when these federal COVID relief dollars end, which for Wisconsin is January of 2024," Schmidt said.

After receiving bipartisan support and approval from the legislature's powerful budget committee, Schmidt is hopeful that some stream of revenue for child care will make it into the next budget.

'It doesn’t have to be this way': How expanding paid leave could ease working parent woes, labor crunch

Without paid leave, women are more likely to leave the workforce for longer periods — even years — after giving birth. The tradeoff affects career prospects, financial stability, mental health and infant development — all while shaping the broader economy.