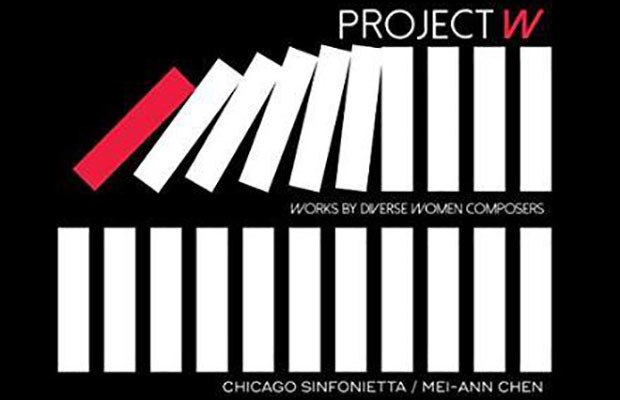 According to a new release on the Chicago-based record label Cedille, just 1.3 percent of all works programed by professional orchestras in 2016 and 2017 were written by women.

The Chicago Sinfonietta under the leadership of Mei-Ann Chen has blasted the number to smithereens, reaching 43 percent for its most recent season. And, 47 percent of its musicians are women, including fully half of the principals, according to the liner notes of "Project W — Works by Diverse Women Composers."

The Chicago Sinfonietta has been committed to diversity and inclusion since its inception. It was founded by Paul Freeman, who became especially known for his series of recordings featuring black composers. When he retired, Chen took over the podium, and not only has she been recording lots of women composers, she's also been hiring them.

Cedille is a nonprofit classical record label, and the album was funded in part by a grant from the Genesis Prize Foundation.