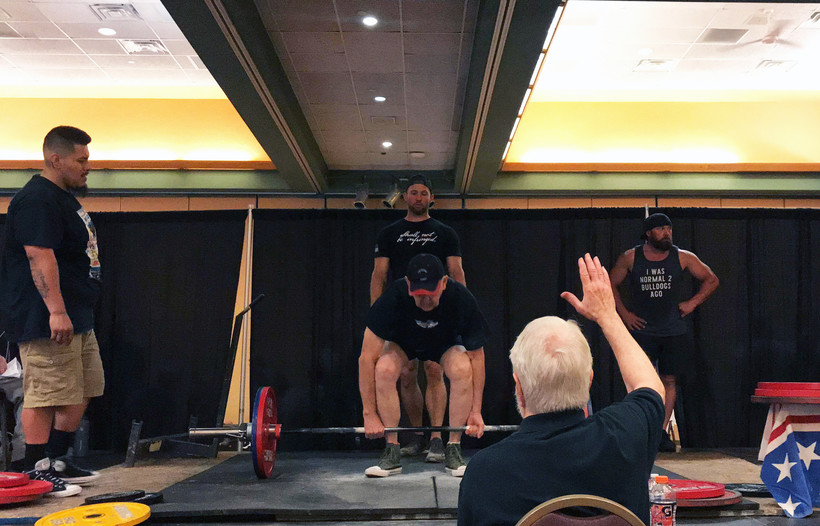 Sig Sandstrom, 81, prepares to deadlift 270 pounds for a world record in his age category at a meet at the Chula Vista Resort in Wisconsin Dells, June 6, 2021. Photo courtesy of Kerry Sandstrom

Sig Sandstrom Started Powerlifting When He Was 77. As He Turns 82, He's Considering Retirement.
By Rob Mentzer
Share:

Sig Sandstrom started lifting weights when he was 70. By the time he was 77, the guys at his gym were telling him he ought to try powerlifting.

That fall, he set a state record in the deadlift for his age group. He set his first world record in 2019. And in June, Sandstrom broke his own world record, deadlifting 270 pounds at a meet at the Chula Vista resort in Wisconsin Dells. That’s more than anyone in the 80 to 84 age category has ever lifted. Sandstrom will turn 82 at the end of this month.

Sandstrom, a retired elementary school principal in Stevens Point, thought about retiring from powerlifting in 2019. But then he "got antsy," he said. He trained in his basement during the early part of the coronavirus pandemic, and rejoined the Anytime Fitness gym in Plover, where he lives, when it reopened.

"I've always had it in me to be competitive," he said. "When I start something, I follow through on it until I get it. I stumble along the way, but I never give up."

He didn't start out hoping to set a world record, he said. But once he learned he was good at the deadlift, he started setting goals for himself to top.

"It started to enter my mind," he said. "Hey, what is the record? And is it possible for me to do that? And I was thinking, the more and more I do this and the stronger and stronger I get — I think I can break the record." 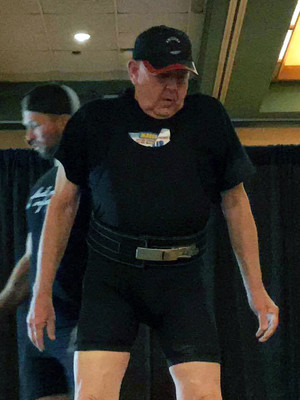 Sig Sandstrom, 81, prepares to set a deadlifting world record for his age group at a meet at the Chula Vista Resort in Wisconsin Dells, June 6, 2021. Photo courtesy of Kerry Sandstrom

Now that he's broken his own record, he's back to thinking about retirement. There’s a meet in August in Reedsburg, and one in November in Reno, Nevada. He's undecided about whether he’ll compete in those meets. He's leaning toward calling it a career.

His trainer, Gus Rethwisch, who is president of the World Association of Benchers and Dead Lifters, said he wouldn't be surprised if Sandstrom keeps at it.

"Once your numbers start going up, you kind of get addicted to that," said Rethwisch, a former powerlifting champion and World’s Strongest Man competitor. "You want the numbers to go up."

Rethwisch, who also acted in films with Arnold Schwarzenegger and Dwayne "The Rock" Johnson, said he helps Sandstrom train safely.

"At his age, I don't want to give him a heart attack," Rethwisch said.

He's been impressed with what Sandstrom has been able to achieve in the sport. And given the toll serious lifting can take on bodybuilders' knees and backs, the fact that Sandstrom started late in life probably helps him now.

"If he would have started lifting when he was 25, he sure as hell wouldn't be doing it now," Rethwisch said.

Sandstrom said that's probably true. He hopes it can be an inspiration to people of any age to go after their own goals with ferocity.

"Not everybody can do what I'm doing," he said. "But there are plenty of people who could do more than they’re doing."