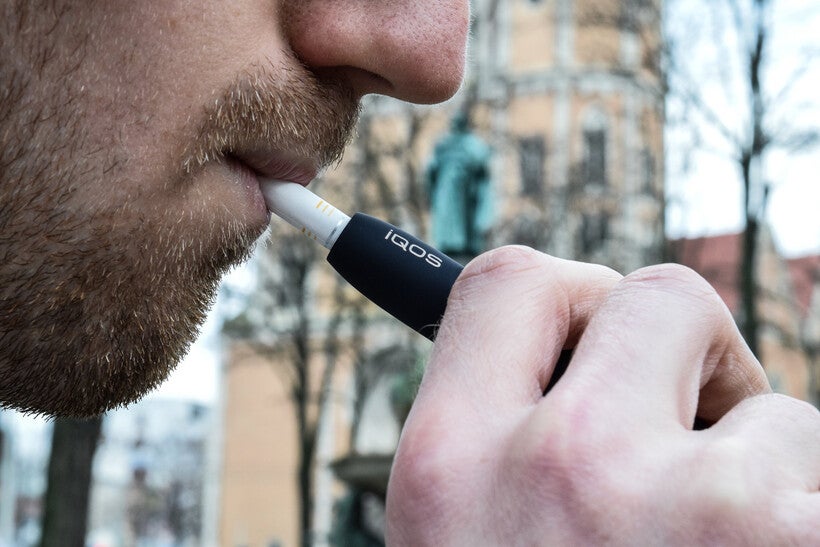 Death Number Rises To 39, No Deaths Reported In Wisconsin
By Alana Watson
Share:

The Centers for Disease Control and Prevention are pointing to vitamin E acetate as the possible substance related to the vaping-related lung injuries impacting the nation.

Through testing the bronchoalveolar lavage fluid (BAL) in their lungs, the CDC identified 29 patients in 10 different states — including Illinois, Minnesota, Michigan and Wisconsin — that had vitamin E acetate in their BAL sample.

Vitamin E is a common supplement that is ingested. It is also used in many skincare items like lotions, soaps and serums.

"What it suggests is that if it’s taken in for a different manner, in this case inhaling it, it may potentially have adverse effects on your health," said Dr. Jon Meiman, chief medical officer of the Wisconsin Department of Health Services.

This is the first time the CDC has found a potential "chemical of concern" in patients diagnosed with EVALI, or e-cigarette or vaping associated lung injury.

Dr. Anne Schuchat, a principal deputy director for the CDC, said vitamin E acetate was at the primary site of injury in the lungs.

There are 2,051 cases of vaping-related lung injury nationwide, and as of this week there have been 39 deaths across the country. No deaths have been reported in Wisconsin.

Even with the recent findings, health officials at the CDC say they're still looking at other responsible toxins.

"The trend in cases appears to be downward," Schuchat explained. "But we understand that some states are still hard hit, and this continues to be a very active investigation."

"Right now we are working very closely with our federal partners to do some more advanced laboratory testing to really kind of get at some of the things that came out in the article today," Meiman added. "That’s helpful not only for our own investigation but for the national investigation as well."

Meiman said Wisconsin’s vaping-related lung injury cases have also slowed down, but cases are still being reported to DHS.

As of Thursday, Wisconsin has 87 confirmed and probable cases of vaping-related lung injuries. Fifteen are still under investigation.