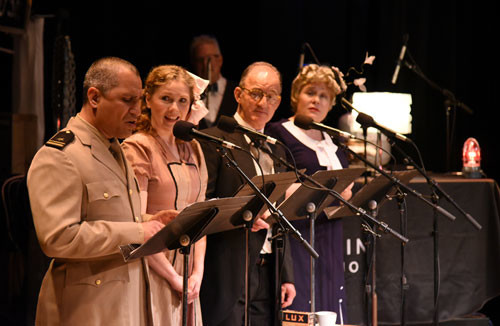 Actors performing The Canterville Ghost in Mineral Point on May 5, 2018 (Photo by Jeffrey Potter)

Drawing from the 1944 film, the 9XM Players broadcast their adaptation of Oscar Wilde's supernatural comedy The Canterville Ghost first before a lively audience at Bayfield's Big Top Chautauqua on August 12, 2017, and again on May 5, 2018 at the Mineral Point Opera House.