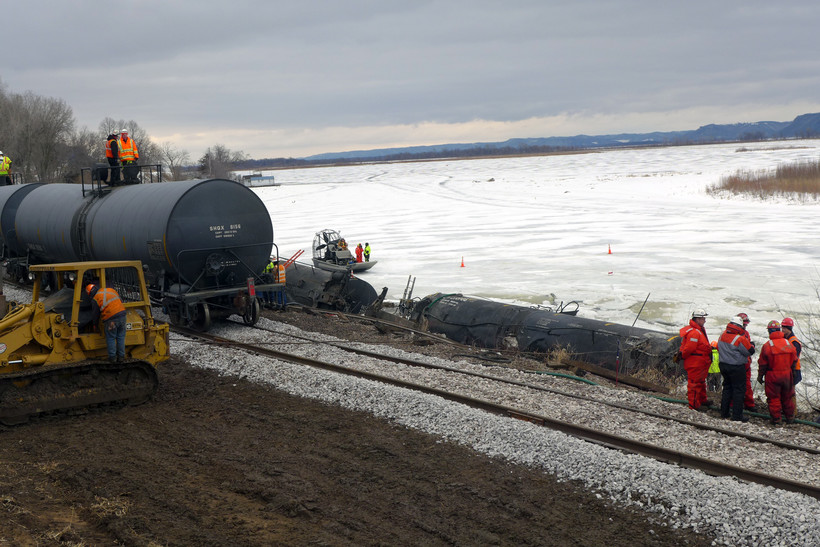 Canadian Pacific Railway is continuing to clean up a 15-car derailment in Minnesota along the Mississippi River that resulted in a soybean oil spill.

Six tanker cars full of the oil were derailed into the river late Tuesday night. Canadian Pacific finished replacing the damaged track early Thursday morning, and said that the damaged car that was leaking has been sealed. Crews are working to unload the soybean oil into new cars before removing the tankers from the river.

Sabrina Chandler of the U.S. Fish and Wildlife Service said the agency is continuing to monitor the water, but they won’t know how much soybean oil spilled or the environmental impact the accident will have until all of the cars have been removed. She did say that it seemed to only be a "small amount" of oil that had spilled.

Chandler noted that the derailment is on the site of a popular outlook for viewing the annual tundra swan migration.

"We've done a lot of work to restore this area to provide that habitat for those birds and the fishery resources that are here," she said. "We're looking at a situation where things that are built to encourage wildlife to be here in this area are being impacted by these types of incidents.”

Canadian Pacific said they have set up containment systems downriver in case further spills are detected.