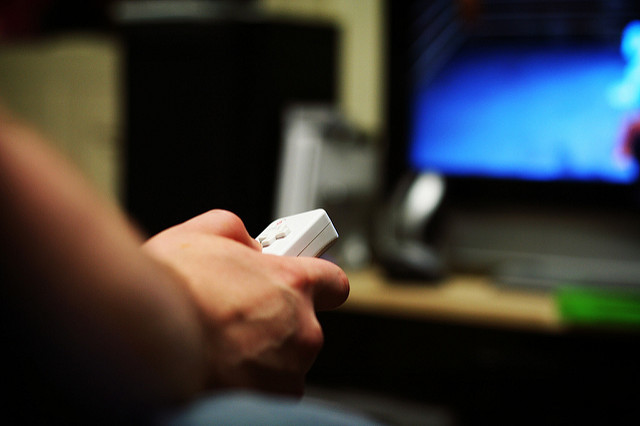 Can A Video Game Build Empathy? UW Researchers May Have Found A Way

Researchers at the University of Wisconsin-Madison say they've developed a video game that can help develop empathy in students.

The experimental game, called "Crystals of Kaydor," sends players to a planet where aliens don't speak their language but do have human-like facial expressions.

To help the aliens, players have to interpret those emotions.

Dr. Richard Davidson, director of UW-Madison's Center for Healthy Minds, said researchers were able to see changes in the brains of the eighth graders who played "Crystals of Kaydor" compared to a control group.

"Those kids that were playing our experimental game showed a shift in brain activity specifically in a circuit that we know to be involved in perspective taking, which is key for empathy," he said.

Davidson said the research into how gaming could develop what he calls the brain’s "empathy circuitry" is only beginning.

This study, he said, is "a proof of concept that it is possible, and that the brain can be changed through this kind of practice over a very short period of time."

But he said such games could benefit a wide range of students, including some on the autism spectrum.

UW-Madison graduate student Tammi Kral, who led the study, said "the realization that these skills are actually trainable with video games is important because they are predictors of emotional well-being and health throughout life, and can be practiced anytime — with or without video games."

The study was published this week in the Nature Partner Journal Science of Learning.