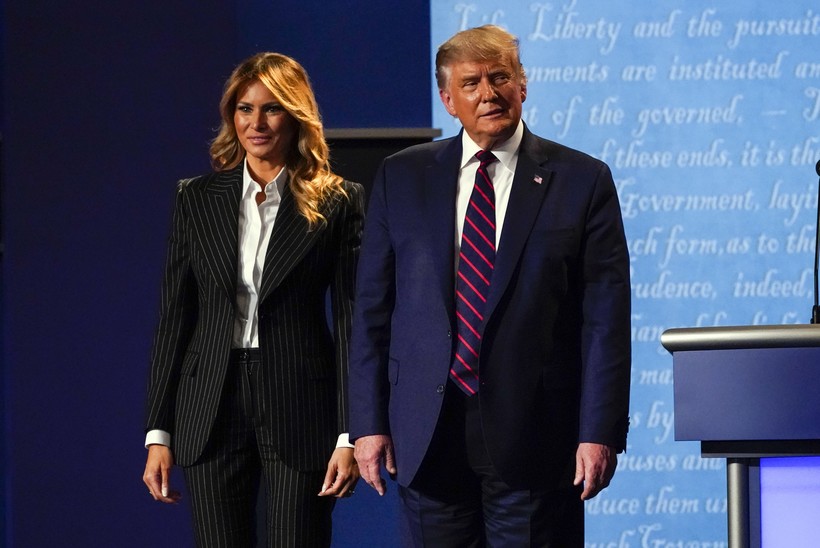 President Donald Trump's weekend campaign stops in Wisconsin have been canceled after he tested positive for the coronavirus.

Trump aides told The Washington Post that all of Trump’s political events will be canceled for the foreseeable future. As of Friday morning, Air Force One flight restrictions for Green Bay and Janesville airports and the president's flights to the two cities have been canceled, according to the Wisconsin State Journal.

The Trump campaign had stops lined up for Saturday in Janesville and Green Bay, just as Wisconsin is experiencing a surge in cases and deaths.

The White House has not said how long Trump will be isolated, according to The New York Times.

The news of Trump and First Lady Melania Trump testing positive came after the two began a "quarantine process" because White House adviser Hope Hicks, one of the president's closest aids, tested positive for the virus. Hicks traveled with Trump to Tuesday night's presidential debate and to a rally in Minnesota on Wednesday.

The Janesville rally was originally planned for La Crosse on Saturday. La Crosse and Green Bay mayors, medical professionals, public health officials, and Rock County — where Janesville is located — officials had asked Trump to not come because of the dramatic spike in cases in the communities. Trump's campaign stops typically draw thousands of attendees. After Rock County officials asked the president to cancel his visit Thursday, the campaign later told The Janesville Gazette later that same day that the visit would go forward.

"From a public health perspective, we certainly are pleased there won’t be a large gathering in the county during the peak time we’re facing right now," Rock County Administrator Josh Smith told the Gazette Friday morning. "It would be great if any president would be able to come to Rock County if it was not in middle of the pandemic. We’ll look forward maybe to having that opportunity sometime after the election and after COVID ends."

A spokesperson said Vice President Mike Pence and second lady Karen Pence tested negative for the virus Friday, according to The Associated Press.