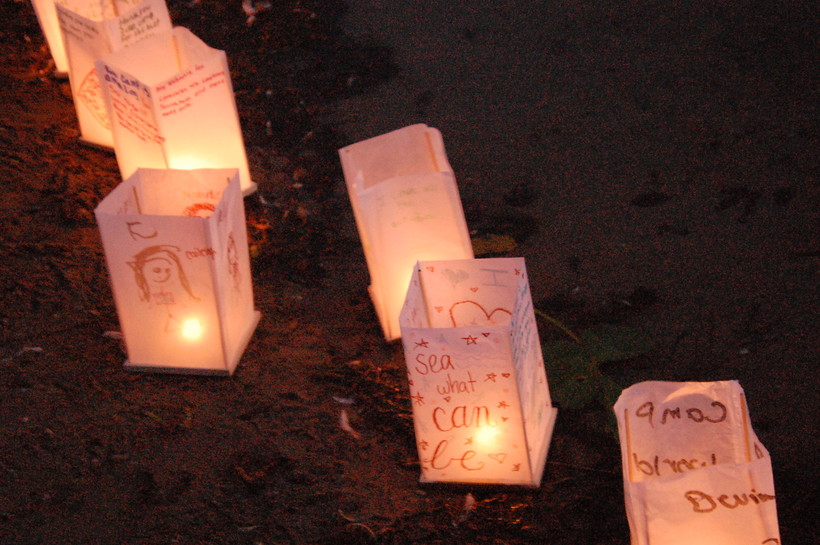 Lanterns line a path at Camp Timber-lee, a weeklong sleepaway camp for children who are burn survivors. Photo courtesy of Shelley Greenwald/PFFWCF

Weeklong Free Camp Brings Child Burn Victims Together, Shows Them Their Injuries Do Not Define Them
By Shamane Mills
Share:

For more than two decades, Tanya Bolchen has been going to summer camp in East Troy. First as a camper, then as a counselor — her experience was so good, she just kept going back.

On the surface, the sleepaway camp is just like countless camps across the state and nation, campers go horseback riding, tackle ropes courses, learn archery and more. But there's a special bond that ties the campers at Camp Timber-lee — everyone who goes there is a fire survivor.

"Camp was a good way to see, 'Hey, other people also have burns and they’re doing fine. It’ll be alright,'" Bolchen said.

Now 33, Bolchen was just four months old when fire swept through her grandparents' house on the Fourth of July. An air conditioner overheated and the drapes caught fire. She was mistakenly left behind as her family scrambled to leave the house. She survived but her father died as he went back into the house to rescue her from the flames. 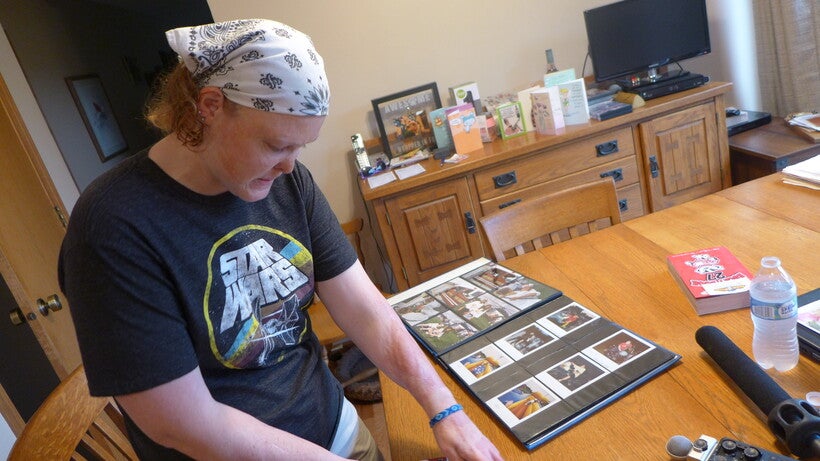 Tanya Bolchen looks through a photo album she keeps of her time at Camp Timber-lee. Bolchen has been both a camper and counselor over the years after being severely burned in a house fire. Shamane Mills/WPR

The weeklong camp for burn-injured youth is run by the Professional Fire Fighters of Wisconsin Charitable Foundation. The camp will be held from Aug. 11-17 this year and is free. Children between the ages of seven and 17 are invited to attend.

"At the time I was having trouble staying overnight at places. So they’re like if she can’t make it we have people who will drive her home in the middle of the night. It will be fine. I think just knowing that, I made it the whole first week," she recalled.

The camp was a confidence builder for young Bolchen, who had severe burns and underwent 30 surgeries from the time she was four months old to well into her high school years.

But she never let recovery get in the way of camp — even if she had to be sidelined from some activities. She recalled how, in high school, her scalp was still healing from a skin graft operation so she wasn’t able to swim or put on a helmet for horseback riding. But she still went to burn camp. 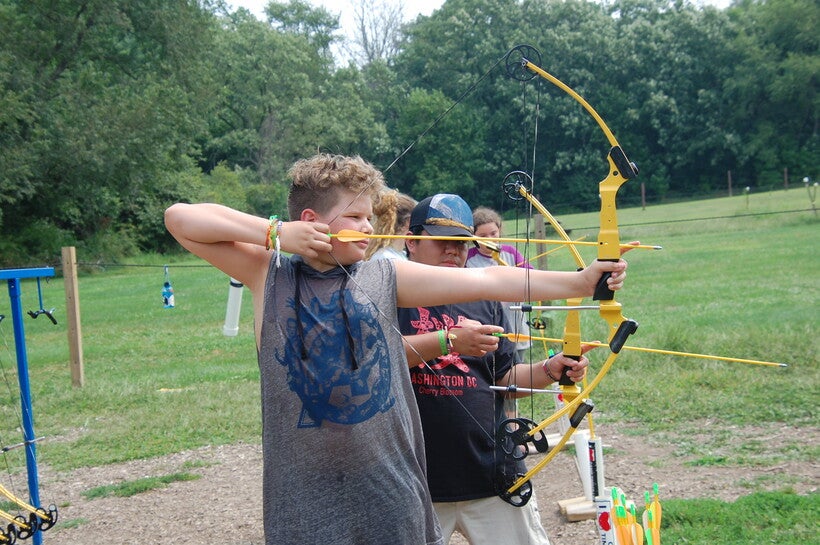 While this year's camp will be similar to years past, campers will no longer be aloud to bring their cellphones — a first, says another longtime camp counselor Jimmy Ahn.

"That’s a big thing that has changed over the 15 years I’ve been at camp is just how kids are always on their devices now," he said. "At camp we want them to concentrate on the activities at camp, on each other, and not be on their devices."

Ahn is a Madison firefighter; one of many volunteers who staff the free camp that started 25 years ago. Ahn's son Oscar first went to Camp Timber-lee at age 10 after he was burned in a kitchen accident.

"Burn camp is kind of special. You get to be yourself. You go there every year. It’s like your second family," Oscar said.

Now 17, this will be Oscar’s last year at the camp. But his father plans to continue being a counselor, calling it the most personally rewarding week of the entire year. 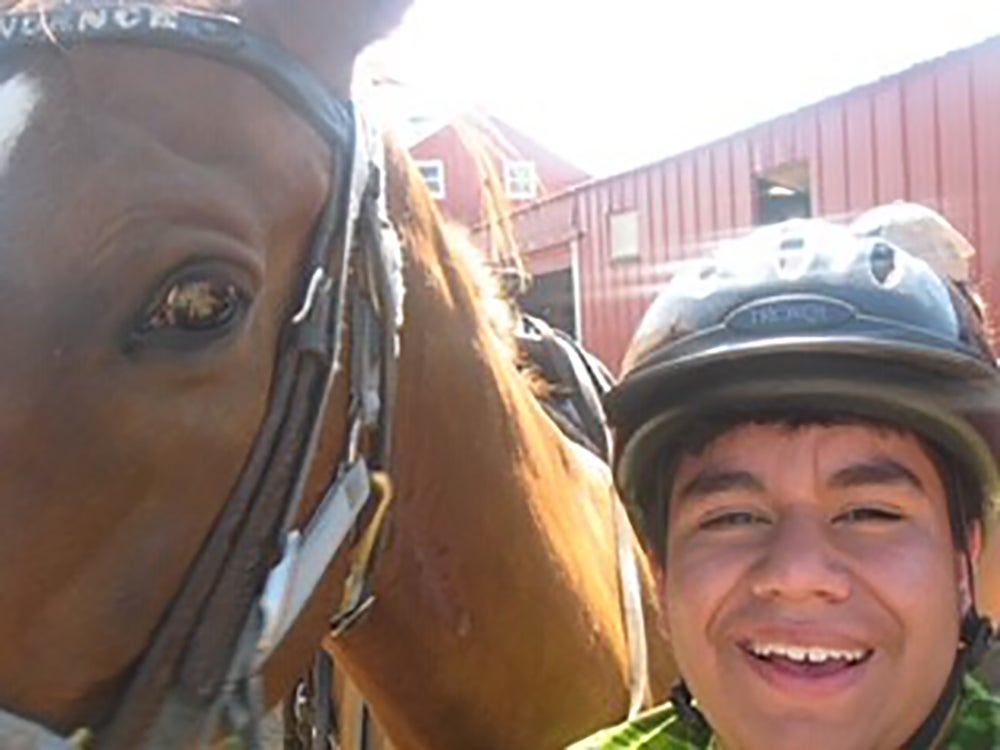 Oscar Ahn gets ready to ride a horse at Camp Timber-lee. Photo courtesy of Jimmy Ahn

Rewarding is a word often uttered from those involved with the camp. Melissa Kersten, Camp Timber-lee's camp director, said the camp is a welcome reprieve from her job as a nurse practitioner at the Ascension Columbia St. Mary’s Regional Burn Center in Milwaukee.

"Working in a burn center we see people at their worst possible moment. Knowing that people get better is very rewarding. Being able to watch the children at camp, watch them get better and being able to enjoy life and get back to their lives is what keeps me going," said Kersten.

In a world where challenges can sometimes seem insurmountable, the camp is a refuge for those who may be suffering from more than burns.

"Kids come from all over the state and have different socioeconomic backgrounds," explained Ahn. "Being burned is sometimes not their biggest worry in life. So you wonder what can one week of camp in a kid’s life do? I’ve heard countless times from older campers 'I’m not the person I am today without burn camp.'"

Counselors work to reassure campers that their injuries do not define them. But the traumatic experience often leaves a mark and can influence how survivors live their life.

For Bolchen, her recovery was full of books. She’s now a librarian, opening up new worlds to others just like burn camp did for her.