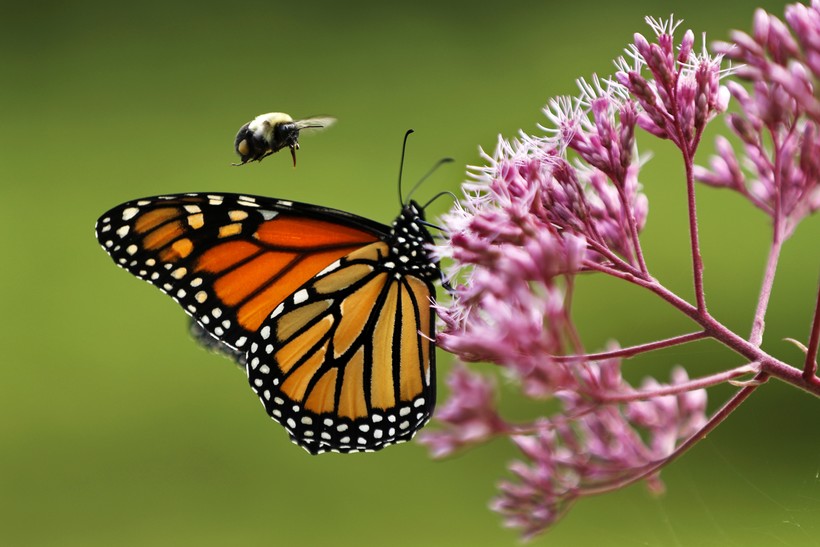 A monarch butterfly is buzzed by a bumblebee as it sips nectar on a Joe Pye weed, Wednesday, Aug. 28, 2019, in Freeport, Maine. The populations of both insect species have declined sharply in recent years. Rapid development and climate change are escalating the rates of species loss, according to a May United Nations report. Robert F. Bukaty/AP Photo

Buzzworthy Garden: Native Flowers To Plant For The Bees

Over the last few weeks, maybe you’ve noticed a fat bumblebee circling the bluebells or creeping Charlie in your yard, or a sweat bee foraging on violets.

As spring sets in and more flowers begin to bloom, the warmer weather is bringing more of the pollinators into your yard looking for food.

Home to more than 500 bee species, Wisconsin’s native bees are diverse and wide-ranging in what they feed on — some are hyper local and have a specific relationship to a plant species, others, like bumblebees, are more general and feed on a variety of plants.

If you’re looking to invite more of the native pollinators to your yard, Susan Carpenter, native plant gardener at the University of Wisconsin-Madison Arboretum, shared some common bee species out in Wisconsin now, and the flowers they like to feed on. 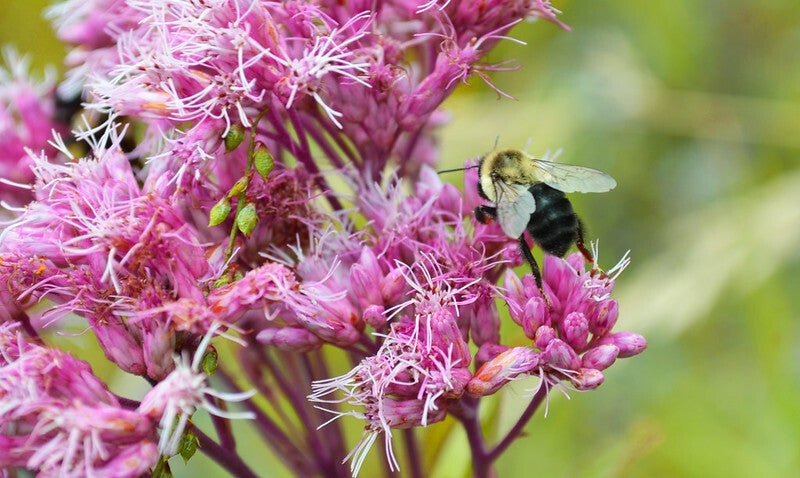 Bumble bees are very general, Carpenter said, and they live for a long time throughout the seasons, so you’ll see different types of bumblebees out and about at different times of the summer.

There are 20 species of bumblebees throughout Wisconsin, the early species start to come out in April and May, she said.

"If you're out and you see some now, those are the big queens, and they're the only ones that are out of the bumblebees now, and they are visiting flowers and starting the colonies," Carpenter said.

Carpenter has also heard reports of the black and gold bumblebee out and foraging on bluebells. 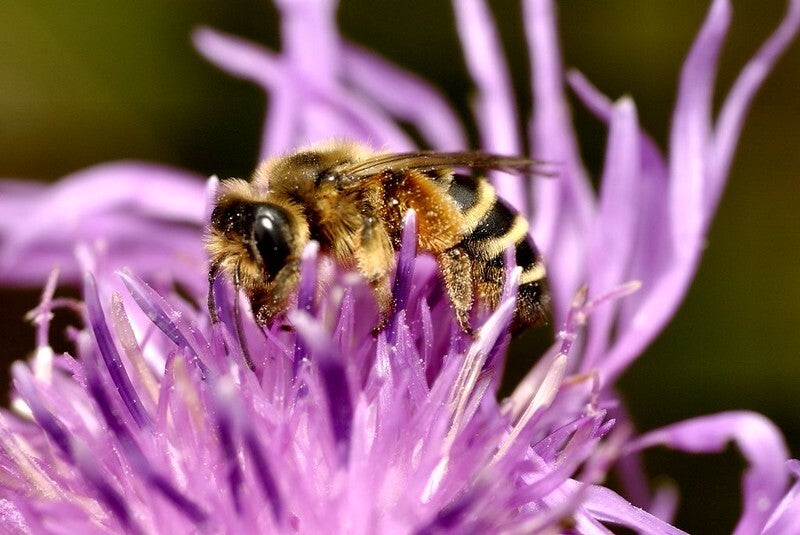 They often don’t get as much attention as other bee species, but they are important pollinators. As the name suggests, they live alone and nest in the ground, not in hives.

Bees like the unequal cellophane which forages on willow red maple and American plum, or mining bees which feed on serviceberry, red maple, spring beauty and bellwort.

Then there’s the small sweat bees, a solitary or somewhat social species that nest in the ground or in rotting wood and forage on native spring wildflowers like bloodroot, pasque flower, violets and serviceberry.

"I was out in the field and I didn't see any bumblebees at first, but I saw four different kinds of solitary bees," Carpenter said. "They're visiting different flowers that are blooming really early."

"If you have a little more time, you could just focus in and see something that might have been under your nose before, you just haven't noticed it," she continued.

Planting For The Bees 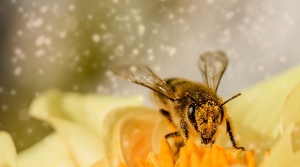 Bees and other pollinators are starting to emerge and they’re looking for food. We talk about what plants will help feed them with our native plant expert from the UW-Madison Arboretum.