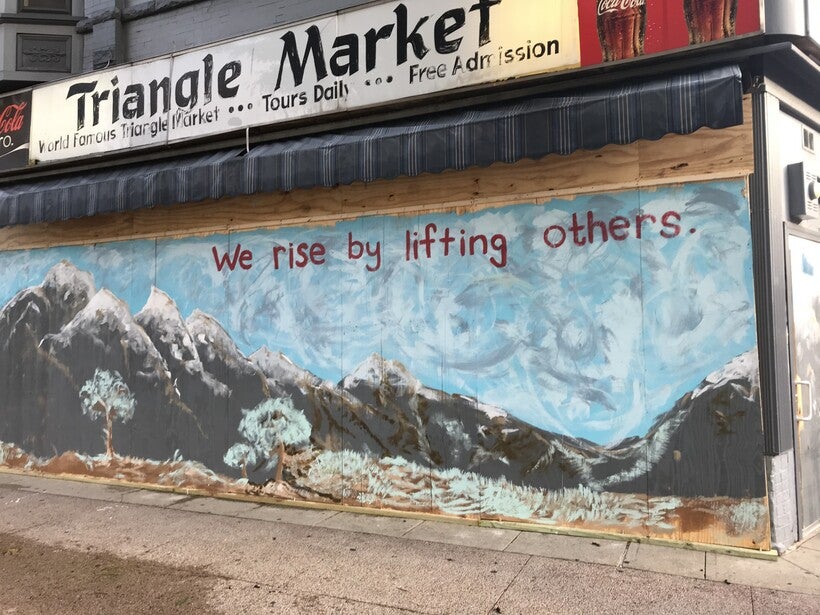 Businesses Vandalized During Police Protests: 'We Want To Be Here'

Graffiti scrawled on a downtown Madison business that replaced broken windows with plywood asks a question that peaceful demonstrators, business owners and police want to know after repeated nights of looting and vandalism. 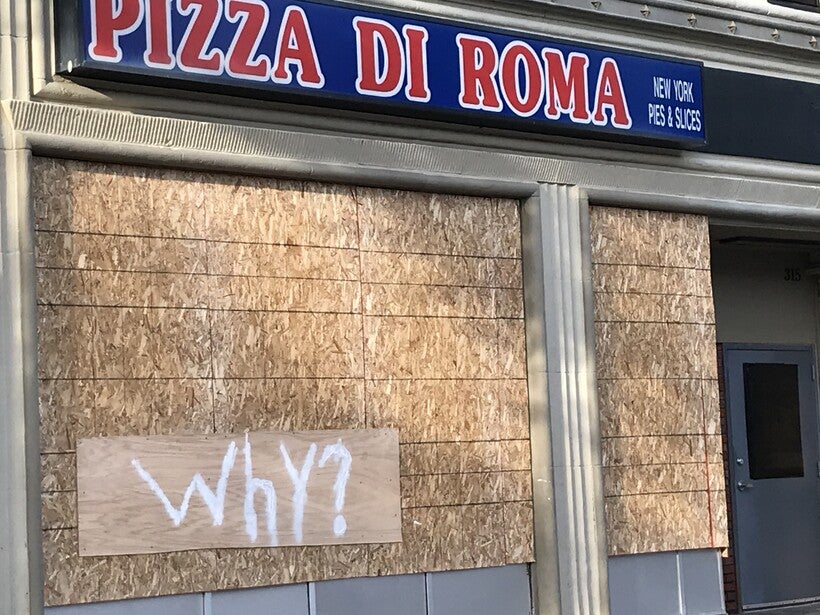 Storefronts on State Street in downtown Madison are boarded up after vandals broke windows and looted merchandise. In this June 3, 2020 photo an anonymous person questions the destruction which followed generally peaceful marches and demonstrations against the death of a Minneapolis man, George Floyd, who died while in police custody. Shamane Mills/WPR

Saturday, Sunday and Monday night saw looting and chaos in Madison's downtown, in addition to peaceful protesting against the death of George Floyd, a Minneapolis man who died in police custody.

Chants of "Say his name" and "I can't breathe" have invoked the memory of Floyd while also challenging widespread police violence. It’s a sentiment some downtown business owners are supporting by posting Black Lives Matter signs on windows that are now boarded up.

Others make a distinction between supporting racial justice and being frustrated by the violence and vandalism that has occurred in Madison and elsewhere. 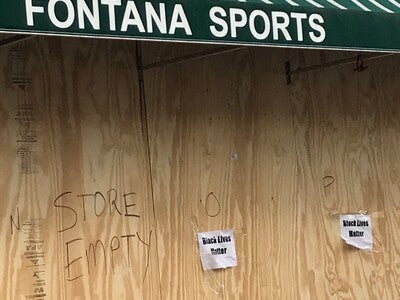 Signs supporting the Black Lives Matter movement are posted on downtown Madison storefronts after nationwide protests against police violence sparked by the death of George Floyd in Minneapolis who died after a police officer kneeled on his neck for almost nine minutes. Shamane Mills/WPR

"I support the (cause), yes. Sunday night was different. It was very scary. The looting, the yelling, the screaming," said downtown landlord Ron Kiesling, who slept in his building just off State Street during the protests to keep an eye on the property. He rents out the building to a pair of businesses that so far have avoided property damage.

One of the businesses hardest hit by waves of looting was Fontana Sports. On Tuesday morning before the sun was up, owners started cleaning debris and taking inventory of what they’d lost: a safe, clothing, outdoor recreational equipment and other items taken in the dead of night.

"It breaks my heart to report that our store has been destroyed," the store posted on Facebook.

The store will be officially closed until further notice, the post said. The owners have also set up a GoFundMe campaign.

"We know what a difficult and uncertain time this is for everyone, and we understand that there are many individuals and organizations in need," wrote owners Elizabeth and Tom Ganser, and John and Judith Hutchinson. 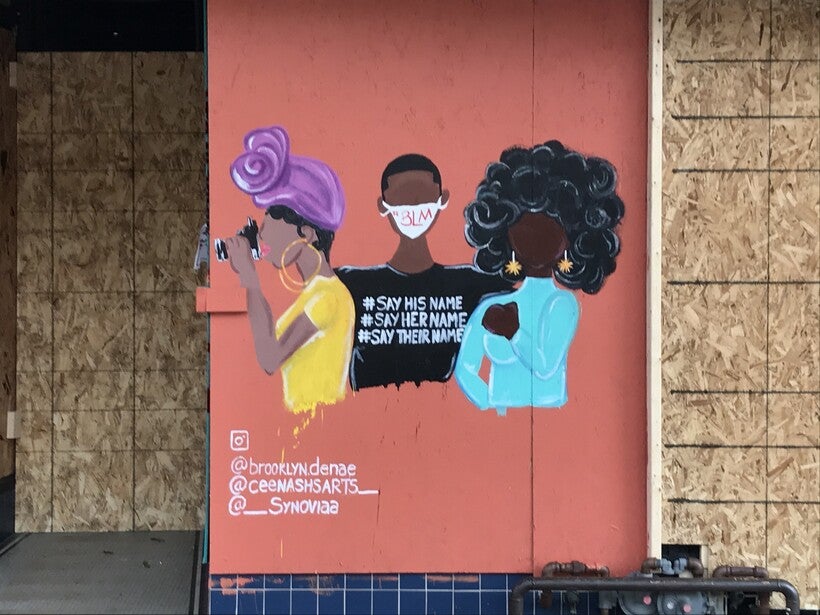 Spontaneous art is cropping up on State Street, supporting a social justice movement sparked by the death of George Floyd, a Minneapolis man who died in police custody. This June 3, 2020 photo taken in downtown Madison invokes a chant of many demonstrators to remember Floyd. Shamane Mills/WPR

The recent destruction and theft comes on top of losses businesses have endured during a months-long shutdown to protect people from the coronavirus.

"When this happened some (business owners) were crying,' said Kiesling. "They're like 'How can we make it work?' They've had the COVID, we've had trouble with the ups and downs with keeping business going here. Getting hit with this is terrible."

Early Wednesday morning, Kiesling was surveying damage on State Street, taking photos of how the downtown had changed after the repeated nights of protest. Kiesling said he scrambled to get milk from a nearby store Saturday night to help demonstrators ease the stinging in their eyes from chemicals, after police deployed tear gas and pepper spray.

"We want to be here. We want to support this. We want a healthy, safe community," he said, as he stood near a newly painted mural which had the words "We Rise By Lifting Others" painted on a boarded up storefront.