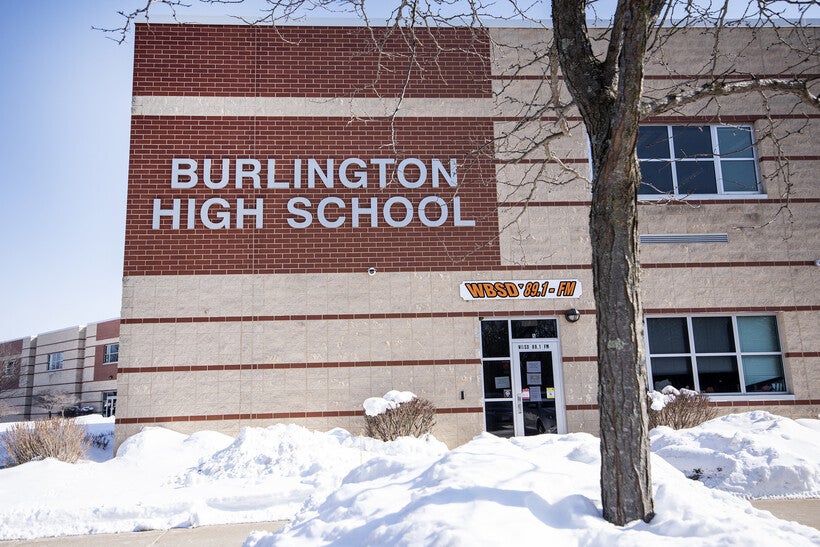 The Burlington Area School District said it has disciplined students following investigations into racist incidents from the fall.

In a news release Thursday, the district said it does not typically update the public about the results of school investigations or the resulting disciplinary action.

"BASD has been accused of not adequately addressing recent racial incidents. In an effort to be transparent with the public, we are disclosing more details related to racial incidents that took place during the Fall 2020 semester," the release said.

The announcement outlined its responses to five incidents:

The student who scraped a slur into the wood chips was suspended and the case was referred to Racine County Juvenile Intake.

The district didn't say how many students were involved in the construction site graffiti, but said their consequences ranged from out-of-school suspension or athletic suspension to police and juvenile intake referrals and a hate crime violation charge. Some of the students involved were football players, who also apologized to their teammates.

The investigation into the use of a racial slur at the Oct. 22 football game couldn't substantiate use of the slur, only of a vulgar word, according to the release. The individuals who crashed virtual classrooms weren't Burlington students, but a student who shared the login information with the caller who interrupted the two November meetings was suspended and had their computer use limited.

"The Burlington Area School District is committed to providing a safe, secure and respectful environment free from discrimination and harassment on the basis of race, color, religion, sexual orientation and natural origin," the district said in its statement on the incidents. "The district shares a steadfast commitment to dismantling systemic racism, battling long-held stereotypes and fighting bigotry. The district has introduced a variety of learning opportunities to take the necessary steps to ensure that all students — including people of color — feel heard and can thrive in a welcoming learning environment."

It also highlighted its anti-racism policy, which was adopted in December.

Burlington has had other issues this school year. A controversy over one teacher's Black Lives Matter lesson prompted a statement from Superintendent Stephen Plank clarifying the district rejects racism, discrimination and harassment. More recently, a teacher was put on leave after he told students he was going to Washington for the "Stop the Steal" rally that spawned the Jan. 6th insurrection.

The Burlington Coalition for Dismantling Racism is a group founded in 2019 in response to "years of consistent racism in our school district with no action or accountability from faculty, staff, or the school board," according to its website. It has protested at City Hall and school board meetings over the district's handling of past racist incidents. The group has also filed a discrimination complaint against the district. The coalition did not respond to a request for comment from WPR by deadline.