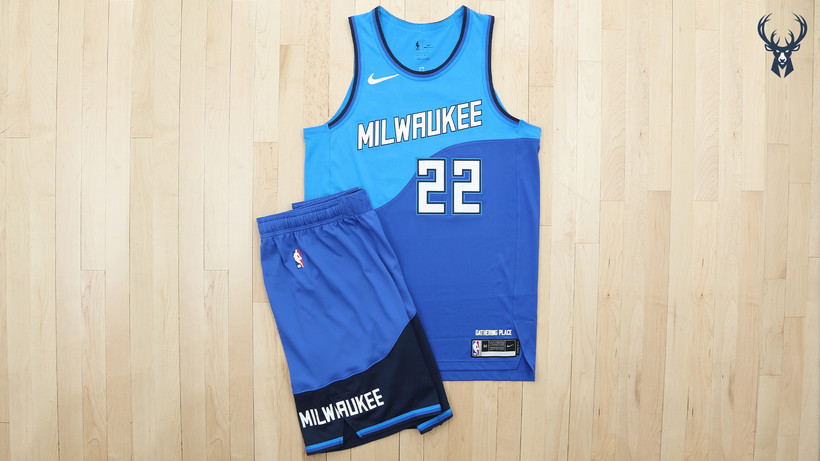 The NBA Season Is Set To Begin Dec. 22
By Megan Hart
Share:

The Milwaukee Bucks have unveiled their new City Edition alternate uniforms for the upcoming NBA season.

The design was inspired by Milwaukee’s role as "the gathering place by the water," according to a news release from the team. The three shades of blue represent the three rivers that run through Milwaukee and Lake Michigan.

"The uniform symbolizes both Milwaukee’s and the Bucks’ role in bringing people together, which is noted by the phrase ‘Gathering Place’ on the bottom of the jersey," the release said.

A special coating on the numbers reflects light in a way that makes them look wet. 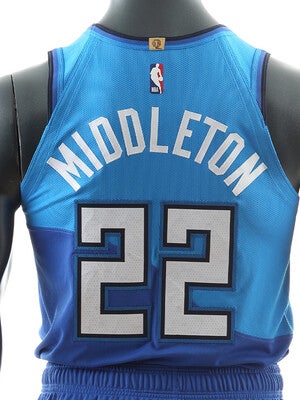 A special treatment on the numbers will make them appear wet. Photo courtesy of the Milwaukee Bucks

The Bucks will wear the new jerseys on select days, and City Edition merchandise is set to go on sale Thursday.

The NBA season begins Dec. 22, though Milwaukee’s schedule has yet to be released. Last month the Bucks announced they’ll open the season with no fans at Fiserv Forum.

The Bucks will be without several key players from last season including George Hill, Eric Bledsoe and Wesley Matthews, who left the team through trades or as free agents. Milwaukee's most noteworthy addition is shooting guard Jrue Holiday, acquired from the New Orleans Pelicans.

The biggest question this offseason has been whether reigning MVP Giannis Antetokounmpo will sign a five-year "supermax" extension with the Bucks before the season begins. Under his current contract, Antetokounmpo has one season remaining in Milwaukee.