Britney Spears Doesn't Get The Freedom Of Choice. Neither Do People Under Guardianship

But Wisconsin's Supported Decision-Making Law Makes An Effort To Put That Power Back Into The Hands Of Individuals
By Elizabeth Dohms-Harter
Share:

Jordan Anderson is a recent high school graduate who loves politics and hunting.

When he turned 18 last year, he almost had his gun and voting rights taken away because of a state law that requires he pass a competency test. The court decides if he passes.

Anderson has cerebral palsy, a condition that affects balance and movement. After becoming an adult legally, a hearing was held in Wisconsin Rapids to determine who would get control over his civil and financial rights.

Like many people with disabilities in Wisconsin, Anderson had to face the court system to determine his competency and how his life decisions would be managed. The court could have opted to place Anderson under a guardianship, effectively giving all decision-making power to his parents.

"If I would've lost my voting rights and my hunting rights and who knows what else, I would have been devastated because I wouldn't have had a chance to ever shoot an animal or say who I want to represent me," Anderson said. "And I want to have my voice heard from that angle."

Anderson's attorney knew about a type of arrangement called supported decision-making — signed into state law in 2018 — that's a far less restrictive model that places control of decisions squarely with Anderson. 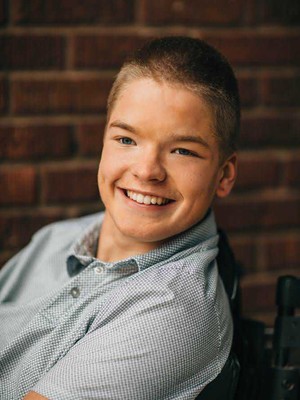 Jordan Anderson, 18, is an advocate for the supported decision-making model. Photo courtesy of Anderson

Supported decision-making agreements allow people with disabilities to choose those whom they trust to help them with decisions. For example, a "supporter" may sit in on a meeting with a doctor or help explain the decision that the patient has made to a health care provider. But the individual ultimately make all of their own decisions.

"It's really an opportunity for people to retain their decision-making rights," said Anna Krieger, a senior attorney for the Center for Public Representation and an advocate for supported decision-making. "They don't have a third party like a guardian or a conservator who's making the choice for them. They remain the decision-maker."

The statutes vary by state, but typically in Wisconsin, people who are deemed incapable of managing their own decisions go to court and are assigned a guardian who can make decisions for them. Wisconsin uses guardianship of the person and guardianship of the estate, said George Zaske, an attorney in River Falls who serves on the Wisconsin Board for People with Developmental Disabilities.

The term "conservatorship" in Wisconsin refers to an agreement that a person enters into voluntarily for management of their finances.

"Conservatorship" has been the buzzword since Britney Spears' recent high-profile court appearance asking for changes to the contract with her father that has left her without much control over her finances and life decisions — attention that's frustrating for but welcomed by advocates who have been trying to raise awareness about this issue for years.

"It just blows my mind that once again, it takes a famous person to go through this," Anderson said. "And people in my situation, people in the disability field, go through this every day or week, and nobody covers that."

It's also complicated to explain, because conservatorships are defined by state statute, not federal law.

Depending on the state, conservatorships or guardianships are processes that take place in state courts, explained Rebekah Diller, a law professor and co-director of Cardozo Bet Tzedek Legal Services at Yeshiva University in New York.

They're generally recommended for three groups of people: younger individuals with intellectual and developmental disabilities who turn 18; older adults with cognitive disabilities such as dementia; and those with mental health disabilities.

"It's a process by which an adult can be declared incapable of making their own decisions and lose the rights to make really fundamental choices about their lives," she said.

People placed under these agreements might be restricted in where they can live, who they can spend time with, what health care they receive and how to spend their money, among numerous other limitations.

"Once a conservatorship is established, the power to make those decisions gets transferred into the hands of the conservator," she said. Or, in the case of Wisconsin, a guardian.

They're supposed to be used sparingly when no less restrictive options are available. But Diller said they're used more often than they should be.

Krieger said there are plenty of cases where people are put under conservatorships or guardianships when it isn't necessary.

"They could make their own decisions if they had a different set of tools and assistance in place," she said.

Now that supported decision-making models are emerging as a better alternative, Diller added, courts should look at cases of people in conservatorships or guardianships to see whether changes should be made.

Diller said there are estimates that maybe 3 million people across the United States are under conservatorships, but there really isn't any reliable data that shows who are under them, for how long, and whether these agreements grant full or limited power to conservators and guardians.

"When you think about the enormous power that conservators have and the vulnerability that people face once they're under conservatorship, it's quite alarming that we don't have a better handle on exactly how many folks are affected," she said.

Zaske said another one of the major issues with a guardianship arrangement is that a person with a disability may have competency in some areas, such as voting in an election, and may have a more limited ability to, for example, make the best decision about a brain surgery.

"But once you get the determination of incompetency through the court and the guardianship process, that's a way of losing all of your rights," he said.

Additionally, Zaske made the point that no matter if a person is disabled or able-bodied, brains don't typically fully mature until age 25. By putting someone who's 18 years old under a guardianship agreement, they're not granted the chance to make their own mistakes, learn from them and mature as a result.

And yet, once these guardianships are put in place, there's little incentive to revisit them. In fact, often there are barriers because changes require visits to the courthouse, which costs money. Moreover, there are concerns that some parents are overprotective in an effort to safeguard their children, and that can have the unintended effect of impacting the child's quality of life, Zaske said.

"There are people who work with individuals under guardianship, and they will say, "(The individual) could do so much more if only their guardian would let them," Zaske said.

How Conservatorship Works And The Alternative Models Advocates Are Pushing For 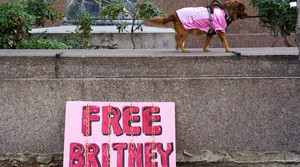 As attention from Britney Spears's legal battle is putting renewed focus on conservatorship, we hear from a legal expert about what they are, how they work and how abuses can occur. Then, we talk to an advocate for an alternative to conservatorship known as supported decision-making.