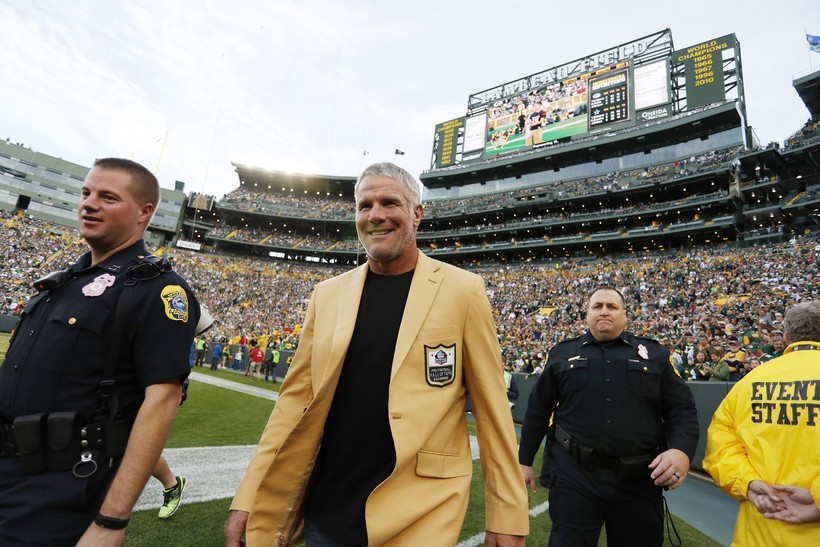 'I think we're all just waiting to see how the state's top officials might be held accountable'
By Megan Hart
Share:

News broke last year that the Hall of Famer and Mississippi native accepted $1.1 million from the state's welfare system for speaking engagements to promote an initiative called Families First for Mississippi. According to the state auditor, Favre didn't attend the events.

The Super Bowl champion isn't charged with any crimes. Last year, Favre said he was unaware the money came from welfare. He quickly paid back $500,000 but has yet to return the rest, Anna Wolfe of Mississippi Today reported.

State Auditor Shad White is going after more than $77 million in misspent funds related to Mississippi's welfare program, including the money owed by Favre. It needs to be repaid within 30 days or the attorney general could enforce the demands in court.

Two nonprofits — the Mississippi Community Education Center and the Family Resource Center — owe the bulk of the misspent funds, according to White. Favre Enterprises owes $828,000, including interest.

The Packers legend isn't the only former athlete involved in the scandal. Former St. Louis Rams running back Marcus Dupree and ex-professional wrestler Ted DiBiase have also been ordered to return money.

John Davis, former director of the state's Department of Human Services, has been ordered to pay more than $96 million for authorizing the illegal spending. Davis and several others are facing criminal charges.

"I think that we're going to learn a lot more as the trials get closer and certainly at trial," she said. "I think we're all just waiting to see how the state's top officials might be held accountable because, at this point, there's only been six people arrested."

Mississippi has some of the highest poverty rates in the country and very few residents receive cash welfare payments, Wolfe said.

Favre has another tie to the scheme, said Wolfe, who's been covering the story since its beginning. Mississippi welfare officials are accused of investing public money in a Florida company that’s developing a treatment for concussions. Favre has promoted the firm.

Former Mississippi Gov. Phil Bryant hasn’t been accused of any wrongdoing, but as Davis' supervisor, some wonder whether he has any culpability, Wolfe said.

Favre was in Green Bay earlier this month to celebrate the 25th anniversary of Super Bowl XXXI.