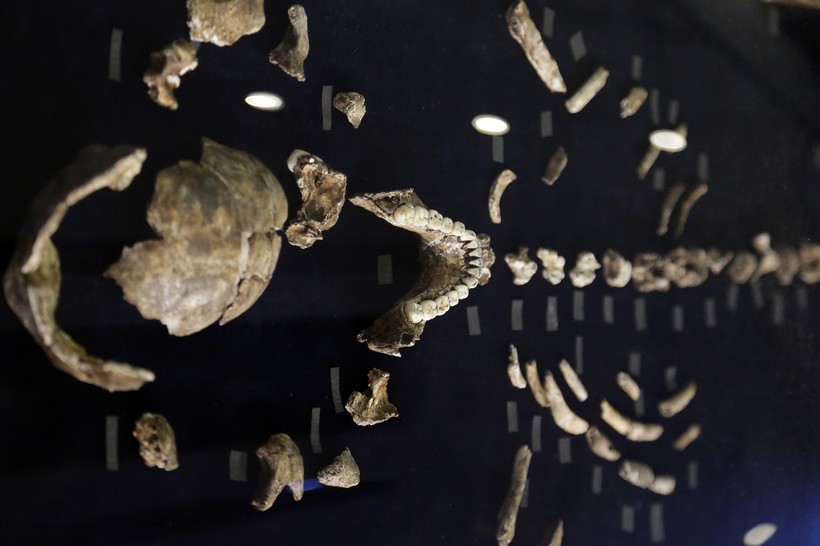 When members of the Homo naledi species were discovered in 2013, researches made note of how small their brains were.

"One of the things that really intrigued people was the size of its brain — its brain seemed very small for its body," said Gemma Tarlach, senior editor of Discover Magazine based in Waukesha.

But new research is showing that even though they were small in size, Homo naledi could plan, communicate and make tools in much of the same capacity as its successor, the Homo sapien.

Fossils of Homo naledi were discovered by paleoanthropologists excavating a South African site in a deep cave system. Uncovered there were the remains of at least 15 individuals. In 2017, scientists led by University of Wisconsin-Madison professor John Hawks found more remains of the species about 100 meters from the first find.

Despite this hominin's small brain — less than half the size of the modern human brain — it appears this species was performing a ritual by intentionally placing its dead inside the cave. And that doesn't line up with the hypothesis that their brains weren't large enough to handle the cognition required do that, Tarlach said.

"Their small brain volume made a lot of people think that they were just not cognitively capable of processing the idea of intentionally placing your dead," Tarlach said.

There is still some controversy over whether these hominins actually did place the dead, and Tarlach said that's just one theory as to how the dead arrived in the remote cave in South Africa. But the research seems to prove that the brains of Homo naledi were structurally advanced in ways that conflict with the notion that a bigger size brain is equal to more brain power.

To determine that, researches took endocasts, or impressions of the inside of the skull, Tarlach said, which showed certain structures present in the Homo naledi brain that weren't found in that of other primates such as chimpanzees and apes. Nor were they found in the Australopith genus, another extinct genus of hominins, which had brains similar in size to the Homo naledi.

"They have enough of these endocasts from other fossil hominins, from members of living species, including other primates. They've got enough of them to have a really good idea of what an endocast can tell us about the actual brain itself," Tarlach said.

"So now they're thinking because their brains were smaller, but more advanced, maybe Homo naledi was capable of all these more advanced cognitive tasks that people just kind of wrote off in the beginning," she said.

Initially believed to be a few million years older, research into the Homo naledi found it lived in South Africa only a few hundred thousand years ago, potentially overlapping with the existence of the Homo sapiens.

Homo sapien, the species of which humans are a part, is believed to be about 200,000 years old and is now the only living resident of the Homo genus. Pictured is the location of the Rising Star Cave where members of the Homo naledi species were found in South Africa. Graphic from eLife