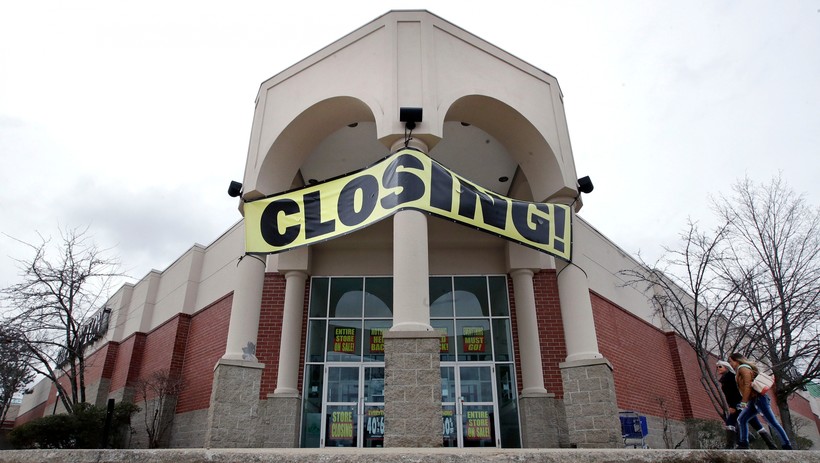 Bon-Ton Inc. Slated To Go Out Of Business

The winning bid for the assets of Bon-Ton Inc., the ailing owner of several department store chains, is from firms looking to liquidate.

The bankruptcy auction for the company that owns retailers including Bergner's, Boston Store, Carson's, Elder-Beerman, Herberger's and Younkers ended in its second day Tuesday.

The bid is slated for a hearing in bankruptcy court for approval Wednesday morning.

Bon-Ton has more than 250 stores across in the United States and employs more than 2,200 people in Wisconsin, including more than 700 employees in its Milwaukee headquarters — the company is also headquartered in York, Pennsylvania.

Bon-Ton has not made a profit in years.

In April 2017, Standard and Poor's financial service company ranked Bon-Ton as the fourth most likely company to file for bankruptcy that year. Bon-Ton, however, avoided filing for Chapter 11 bankruptcy until February of this year. Before the filing, the company tried turning the company’s financials around. The plan included closing 40 stores by the end of 2018.

According to the Milwaukee Journal Sentinel, once the winning bid for Bon-Ton is approved, liquidation for the company’s remaining stores should take roughly 10 to 12 weeks.

In a statement, Bon-Ton President and Chief Executive Officer Bill Tracy said he was thankful to its associates and customers.

"While we are disappointed by this outcome and tried very hard to identify bidders interested in operating the business as a going concern, we are committed to working constructively with the winning bidder to ensure an orderly wind-down of operations that minimizes the impact of this development on our associates, customers, vendors and the communities we serve," he said.

The loss of Bon-Ton’s stores will pose a challenge to the malls where they serve as anchors across the country.

Mark Eppli, who studies real estate and teaches finance at Marquette University, said malls with anchor stores were originally a way to achieve savings in construction and parking.

But department store anchors are no longer as big of a draw to consumers as they were in the past, he said. If customers are looking for a range of products and prices, they can go online.

"Now what might be more important would be to have an anchor that would provide a series of experiences anywhere from food to other types of entertainment," Eppli said.

For Mark Greene, chair of the Madison Economic Development Committee, the loss of two Boston Store locations in the area is a reminder that low-unemployment and a healthy stock market are only a part of the economic picture.

“There’s turbulence, insecurity in certain areas and certain industries and we also find that Americans aren’t typically prepared to face a job loss," he said.