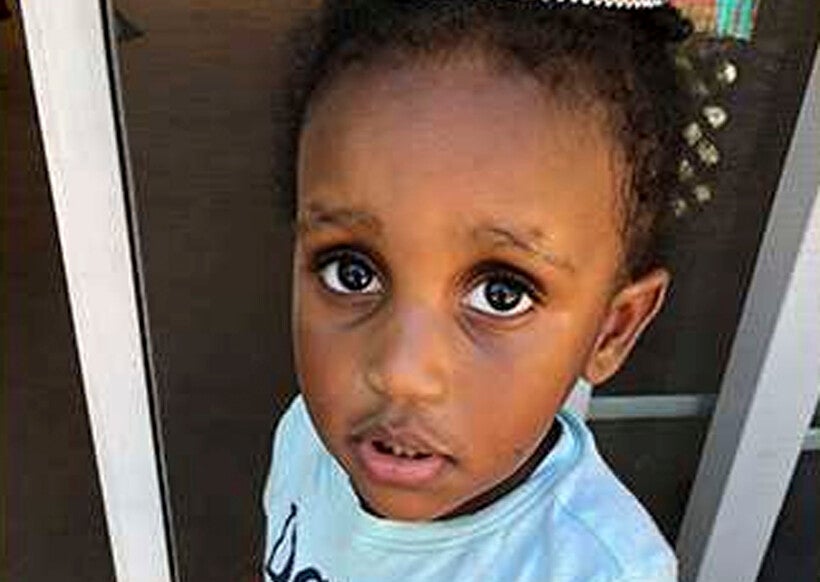 Two-year-old Noelani Robinson was killed by blunt force trauma to the head, according to the Southern Minnesota Regional Medical Examiner’s Office.

The toddler was the subject of a state-wide Amber Alert search last week before her body was found Friday by an off-duty public works department employee in rural Steele County, Minnesota.

Higgins, was arrested Wednesday at a Milwaukee hotel on suspicion of fatally shooting Noelani’s mother, Sierra Robinson, and wounding another woman Monday.

Noelani’s body was found around 6 p.m. Friday wrapped in a blanket in a ditch along Highway 218 about a mile north of Blooming Prairie, Minnesota, according to the Minnesota Bureau of Criminal Apprehension.

Noelani appeared to have been there for several days, said Bruce Gordon, a spokesman for the bureau.

The bureau believes Higgins spent time at a hotel in Austin, Minnesota. Investigators are trying to determine when and where Noelani was killed, Gordon said.

The bureau is working with Milwaukee Police and several law enforcement agencies in Minnesota, Gordon said.

Higgins had been both women's pimp, according to a criminal complaint. Prosecutors have charged him with first-degree intentional homicide and first-degree recklessly endangering safety.

He is currently in Milwaukee County Jail being held on a $1 million bond.