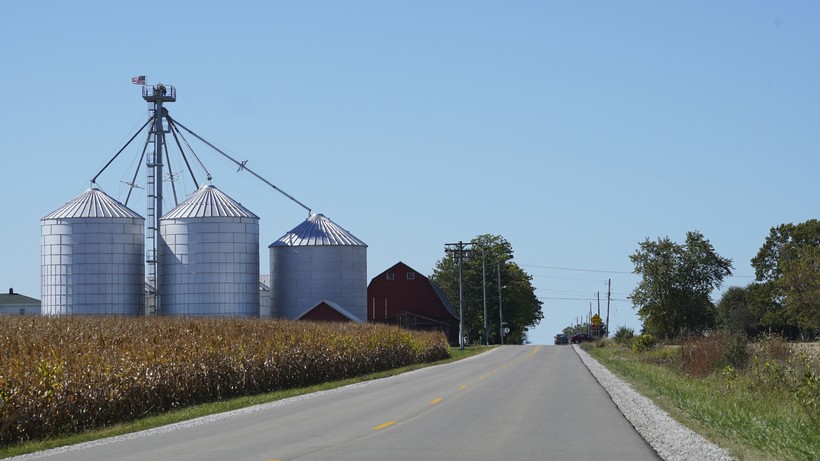 Construction on the Foxconn plant in the Village of Mount Pleasant is scheduled to start this spring.

But the company still needs to acquire local property to make that happen, and that property has homes dotting agricultural land.

So, the Village of Mount Pleasant is designating some of the homes as "blighted," a term generally reserved for properties considered deteriorated or unsafe, in order to obtain the properties and clear way for construction.

The decision has left some of the homeowners feeling slighted and questioning the legality of the move, says Lawrence Tabak. He wrote about it for Belt Magazine.

"These are people who have lived in their homes, some of them generational, some of them have built dream homes just within the past year. And they’re out in the country, out in a bucolic, rural area," he said. "Probably the least place you would ever imagine that someone would come and say, 'By the way, we need to bulldoze your house for a project.'"

The Village of Mount Pleasant plans to take the properties through the process of eminent domain. Federally, that’s defined as the right of the government to take private properties for public use.

But, per a 2005 Supreme Court decision Kelo v. New London, the government also has the right to take private properties for commercial development purposes, as long as the property owners are given "fair compensation."

Tabak says that after that 2005 decision, 42 states, including Wisconsin, made moves to tighten their own eminent domain laws to "protect their citizens." In Wisconsin, that means the only way Mount Pleasant could take the properties for commercial use is to have them designated as blighted.

"So for the people that live there, that, as some of the people have said is an insult, and it’s very personal," Tabak said. "This is why people have really reacted to the story and connected to this story."

For his reporting, Tabak attended a public feedback hearing in front of the Village of Mount Pleasant’s Community Development Authority. He said about 100 homeowners were affected by the area’s commercial designation in October.

By Wisconsin law, "fair compensation" for these properties is defined as the property’s fair market value before the project. Tabak said many of the homeowners don’t agree with this assessment.

"They feel a fair settlement would be a replacement value for their homes, rather than what they would have sold six, eight months ago, before the Foxconn announcement," he said. "Land prices have gone up, there’s a lot of people looking for houses now that have been relocated. The market has changed, and some people are going to be well under water if they just get that assessed value."

In January, a group of 12 Village of Mount Pleasant property owners filed a federal civil rights lawsuit against the village and its president, arguing its use of eminent domain is unconstitutional.

But as Tabak reported, the rest of the village is split on the issue. It recently held an election for new village board members.

He said three of the four vacant seats went to candidates in favor of the eminent domain process.