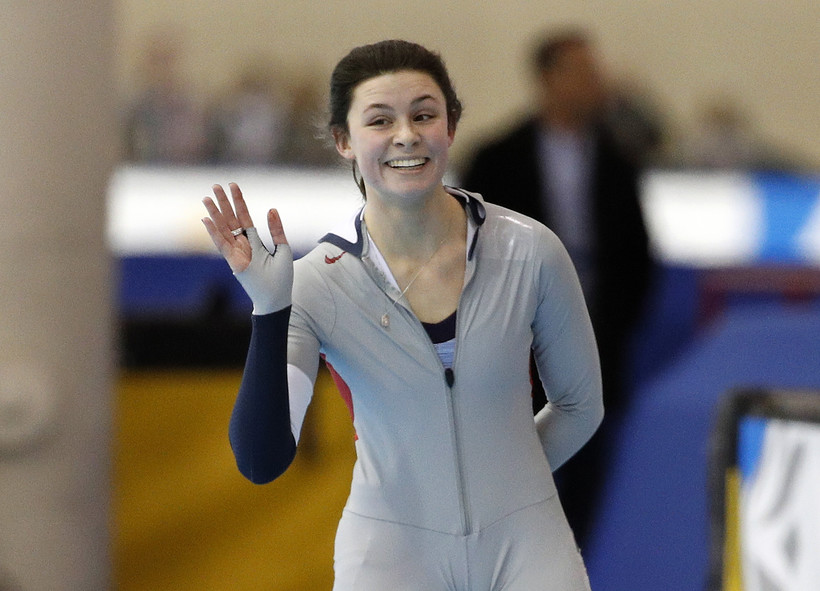 Some of the world’s best speedskaters were at the Pettit National Ice Center in Milwaukee this weekend for the inaugural Four Continents Speed Skating Championship.

The event brought together top athletes from North America, South America, Asia and Australia for the first International Skating Union (ISU) tournament to be held in Milwaukee since 2005.

It was also the first senior-level international competition for Wisconsin native Blair Cruikshank. Cruikshank trains at the Pettit Center. She said it meant a lot to reach this milestone on her home ice.

"I'm just super excited to be here and have this opportunity," she said.

Cruikshank is the reigning junior national title holder. The 19-year-old has been working her way up the speedskating ranks since she started the sport just six years ago. Her success, however, hasn’t come as a surprise. She has an impressive speedskating pedigree.

In December, Blair Cruikshank competed at the USA Speedskating Long Track National Championships in Utah. She achieved personal bests in all four of her events and recorded the fastest time of any junior in three of them.

Erin Jackson competed for Team USA at the 2018 Olympics in Pyeongchang, South Korea. She skated with Cruikshank in the team sprint this weekend. Jackson said Cruikshank is a hard worker with a bright future in speedskating.

Jackson, who finished fourth in the 500 meter and team sprint at Four Continents, said she loves skating in Milwaukee.

"I love being at the Pettit," she said. "A lot of my personal best times are actually at the Pettit even though I train in Salt Lake City." 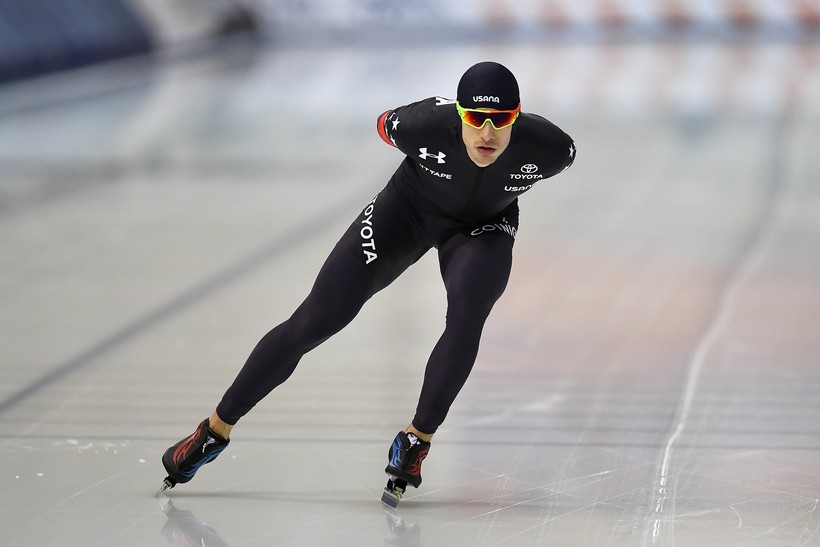 Emery Lehman of the United States competes in the men's 5000m during day one of the ISU Four Continents Speed Skating Championships at the Pettit National Ice Center on January 31, 2020 in Milwaukee, Wisconsin. Stacy Revere/International Skating Union/ via Getty Images

Jackson was far from the only Olympian on the ice this weekend. Emery Lehman, who competed for Team USA at the 2014 and 2018 Games, finished third in the 5,000 meter Friday. It was his first time on the podium at a senior-level international event.

Lehman, a civil engineering student at Marquette University in Milwaukee, has been training at the Pettit Center since he was 9 years old.

"I've kind of hoped to have an international event here at the Pettit my whole career" he said. "To win a medal here in front of my family and friends is really special."

For more than 100 years, Europe has hosted an annual continental speedskating championship. Four Continents was created as an equivalent tournament for skaters from the rest of the world.