This summer, a huge amount of energy built up around the Black Lives Matter movement throughout the country, and in Wisconsin. Now, the question is whether that energy will translate into votes.

In late September, MKE Black, a group that advocates for Black businesses in Milwaukee, hosted the "Black Voter Block Party," a gathering to promote the Black business community and encourage people to vote.

Kayla Lewis-Allen drove in from Madison to talk to people about voting and promote her business, which is a series of web shows about Black life and relationships. She said it’s been a while since she cast a ballot.

"I can be completely honest, I have not voted since Barack Obama," she said.

But this year is different. Lewis-Allen is excited to vote, she said, "because of everything that’s been going on."

"We had COVID happen, then Black Lives Matter was booming," she said. "I think that was the switch that everybody needed."

She said learning about George Floyd, Breonna Taylor, and Jacob Blake, and watching the protests this summer made her think her vote could actually make a difference, and she thinks there are lots of other people like her.

"I talk about it with my friends, my husband," Lewis-Allen said. "My son is 11 years old, and he's like, 'I wish I could vote,' so like everybody's getting (in on) this conversation." 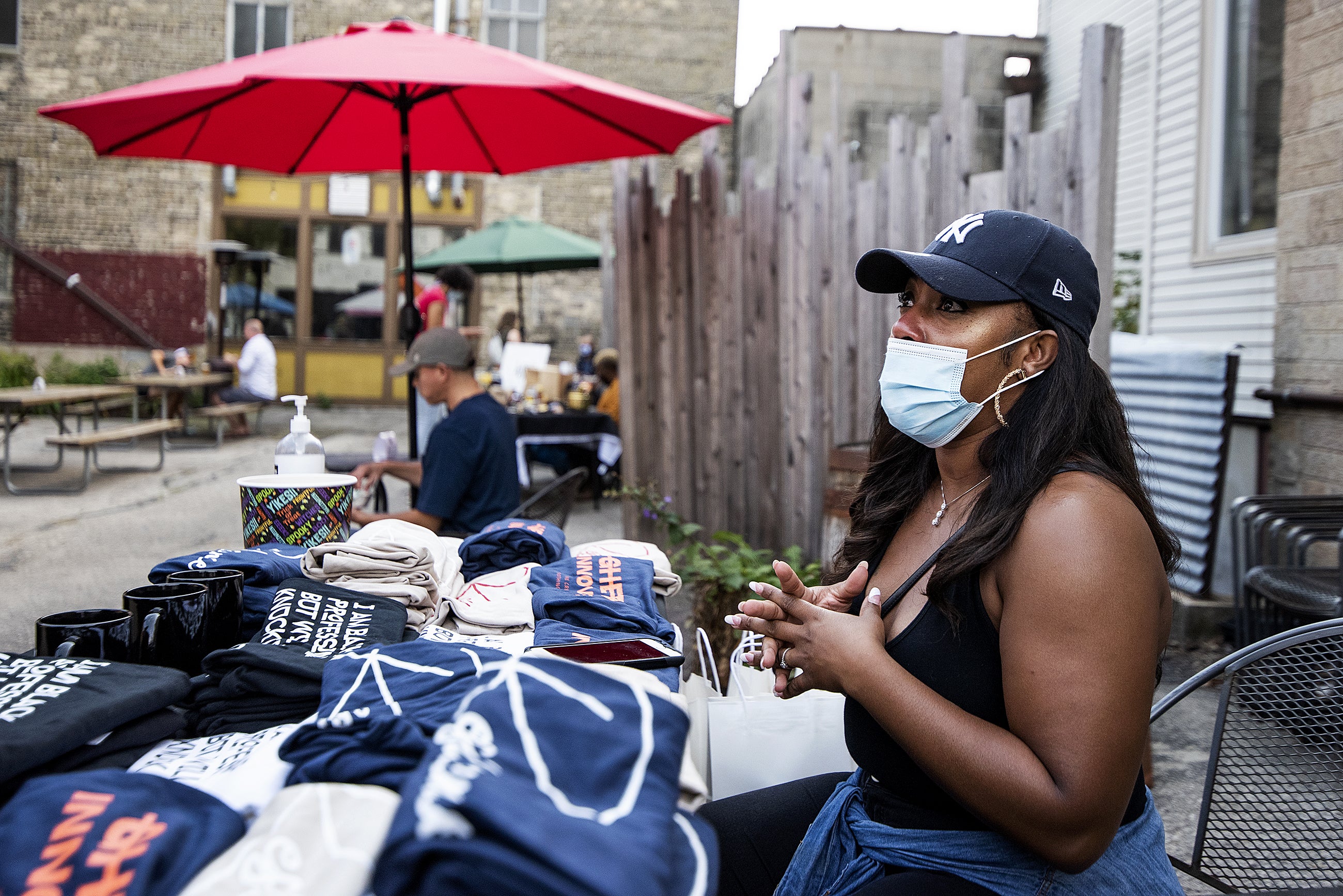 Republican President Donald Trump has criticized the movement and sided with police on issues like use of force. Democratic nominee former Vice President Joe Biden and his running mate, U.S. Sen. Kamala Harris, have supported the movement, but Biden has been criticized for his tough-on-crime record as a senator, and Harris for her record as a prosecutor in California.

She works with Milwaukee Action Intersection, a group that supports community and protest organizers.

"I think there's a lot of people who feel exhausted and might not be as energized to go vote," she said.

Despite the exhaustion, Avila Loughmiller said now is not the time to give up on voting.

"There's another group of people, myself included, who are saying, 'Please, this isn't the time to get exhausted, this is the time to continue to organize and strategize.'"

It's unclear exactly how the general public's views of the movement could shape the election. According to polling from Marquette University Law School, support for the movement in Wisconsin surged this spring after the death of Floyd at the hands of Minneapolis police before it declined slightly later in the summer.

It's stayed relatively steady since then, even after the police shooting of Blake in Kenosha, the violence that followed, and the visits to Kenosha by both presidential candidates.

"It's very motivating for the folks that are taking part in the protests or sympathizing with the protests," he said. "But, folks on the pro-Trump side also see it as an opportunity to mobilize fear of, as they would say, crime and violence in the cities."

"If you ran a campaign and didn't address racial discrimination and didn't address the Black Lives Matter movement that's marching outside of all of our front doors, you're just choosing to be blind at that point," said Maya Neal, a Milwaukee political organizer.

It's not just the voters who are motivated. Campaigns are watching the movement, too, said Maya Neal, political manager at Leaders Igniting Transformation, a Milwaukee group that organizes Black and brown youth to push for social, racial, and economic justice.

With intense focus on the presidential election, it’s unclear how the movement has translated to local races. In police shootings, the spotlight is often on the district attorney’s decision of whether or not to charge officers.

Even though a big part of Neal’s job is getting people out to vote, she said when it comes to advancing the movement, voting is only one piece in the puzzle. No matter who wins the presidency, there will still be work to be done long after Election Day, she said.

"I've seen its limitations, but I've also seen its benefits and its successes," she said.

It’s a sentiment shared by Angela Lang, executive director of Black Leaders Organizing for Communities (BLOC) in Milwaukee, which does work getting people out to vote and helping them through the process. In 2020, that means helping people with absentee ballots and working through safety concerns.

"I tell people all the time," she said, "No matter the outcome of the election, white supremacy existed long before 2016."